Do you have customers looking to upgrade PCs and other client systems with bigger, better storage? If so, Intel has an innovative new solid-state drive they’ll find interesting. 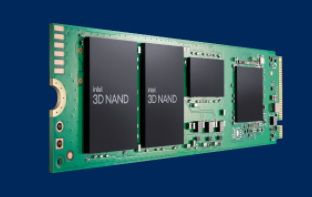 How good is this SSD? Don’t take my word (or Intel’s) for it. Here’s what some leading tech reviewers have said about the Intel SSD 670p:

“Rather than chasing higher and higher stats for the sake of marketing brag points, Intel has instead refocused the ultimate purpose of SSDs… in the process, it has nearly dethroned some of the fastest PCIe 4.0 drives we’ve ever tested.” — PCMag

“The Intel 670p is perhaps the first QLC SSD that simply doesn’t act like a QLC SSD. Not only did it pull off incredible performance … but also its low 4K random read performance is incredible.” — The SSD Review

“Never in our wildest dreams did we imagine the 670p would run with the big dogs. QLC-based SSDs, even with Gen4 interfaces, have never been capable of delivering performance where it matters like this before. This is truly groundbreaking territory.” — TweakTown

QLC for your MVPs

The Intel SSD 670p brings to your customers’ client systems the same technology Intel has been developing for data-center servers. QLC (quad-level cell) technology improves the storage density over previous approaches (TLC, MLC and SLC). And 3D means these cells get stacked vertically — in Intel’s case, up to 144 layers.

The industry is moving toward QLC technology in part to drive down costs. But the technology can deliver a balance of other benefits, too, including power, performance, speed and endurance. The new Intel drives are energy-efficient, too, drawing just 25mW while idle and about 3mW during sleep. That helps keep laptop batteries charged longer.

Another industry movement is toward PCIe interfaces, and away (probably forever) from SATA. Virtually all new SSD drives are now designed for PCIe. And today’s entry-level PCIe SSDs are now good enough for mainstream use.

Yet another industry shift that the Intel SSD 670p reflects is the requirement for more and more client storage. The days when 100GB was sufficient have passed. Intel is offering the new SSD in three SKUs offering 512GB, 1TB and 2TB of storage capacity.

Caching is another aspect of PC storage tech that has become increasingly important. And sure enough, the Intel SSD 670p offers serious caching improvements.

It’s all about speed. With a feature known as Dynamic SLC, the drive’s cache allows whatever you’re running to go in faster SLC (single-level cell) mode. On Intel’s 1TB drive, for example, you get a maximum SLC capacity of up to 140GB.

Essentially, this means your customers can get SLC-like performance on a QLC drive. Intel does this with a combination of advanced firmware, 4-channel controller and more.

Intel says this allows the Intel SSD 670p to outperform all others for mixed workloads. Meaning storage no longer needs to be a bottleneck.

Replacing older storage drives can be a smart and affordable way to extend the life of your customers’ older client systems. And for that role, the Intel SSD 670p could be just the right drive.

Are you a member of Intel Partner Alliance? Activate your membership or join now.