That’s how many devices worldwide now run Windows 10 on a monthly basis, according to the latest figures from Microsoft.

This number takes in the full range of devices that can run on the Microsoft OS. That includes desktops, laptops, tablets, Xbox One consoles and mixed-reality headsets. 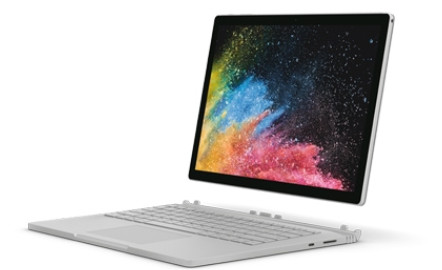 Let’s break it down…

One thing to watch for in the future will be the adoption of Windows 10 in S Mode. Announced earlier this month, it replaces Windows 10 S, a version of the OS designed for schools.

The next most popular app categories last month were productivity (14% of all Windows Store downloads); social (also 14%); utilities & tools (13%); and photo and video (10%).

> Revenue mix: How do most users prefer to pay for Windows 10 software? That depends on whether they’re using an app or a game.

For apps, nearly two-thirds (62%) of the revenue comes from paid apps. The remainder (38%) comes from in-app purchases.

With games, it’s almost exactly the opposite. Here, nearly two-thirds (61%) of revenue comes from in-app purchases. And the remaining 39% comes from paid apps.

> Memory and storage: Almost no change here. Windows 10 devices have about as much RAM and storage now as they did a year ago.

> CPUs & GPUs: When it comes to Win10 central and graphical processors, there has been some change in the last year, but not much, according to Microsoft’s figures.

A year ago, the most common CPU setup was dual-core, found on nearly three-quarters (72%) of Win10 systems. One year later, that’s dropped by 5 percentage points: Dual-core CPUs are now found on 67% of Win10 systems.

Similarly, the popularity of 4-CPU systems has increased a bit. It rose from 28% of all Win10 systems a year ago to 32% now.

Integrated GPUs are somewhat more popular, too. They rose from 64% of all Win10 systems a year ago to 69% now, Microsoft says. Most of that gain was taken from discrete GPU form factors.

Check out even more Win10 stats on this Windows and Microsoft Store trends page.