Due to the popularity of Fitbit, Apple Watch and other similar devices, you might think the wearables category begins and ends with a tiny computer just north of your knuckles.

But tech designers and engineers are now burning the midnight oil, thinking up new silicon-powered toys to adorn our bodies.

When the fruits of their labor are realized, the wearables category will encompass thousands of futuristic devices. And they’ll be designed to enhance not just our wrists, but every body part from the bottom of our feet to the crowns of our heads.

Think you’ve seen everything? How about a sports-drink brand hawking a disposable, single-use smart patch that tells you when you need to drink more sports-drink? 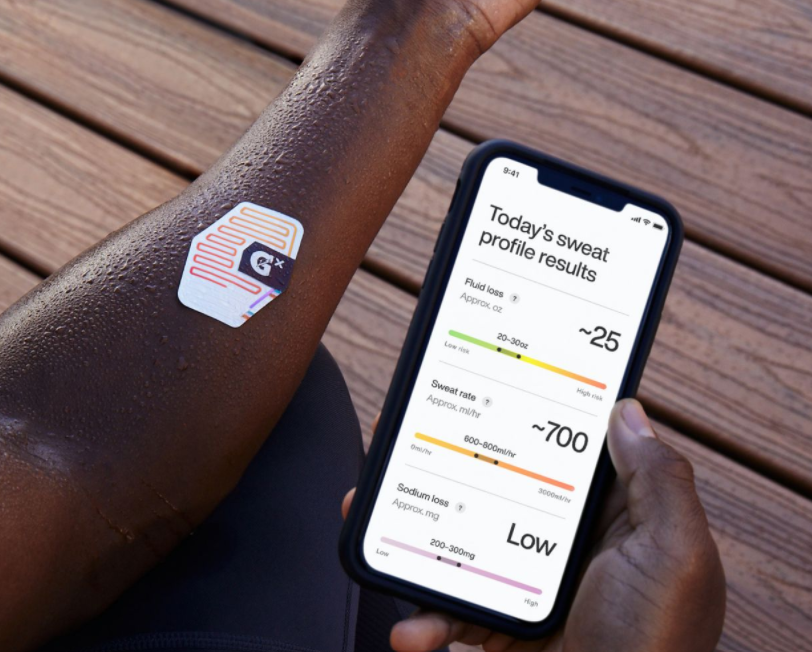 Available now for your saline measuring satisfaction, Gatorade’s Gx Sweat Patch comes two to a pack for around $25. An athlete’s profuse perspiration is measured by the patch and then reported via the free Gx app. The app is currently available for Apple iOS only. (Sorry, Android fanboys.)

Gatorade’s Gx app will tell you how much fluid and sodium you’ve lost during your workout, as well as the rate at which you sweated. Once the connected system feels you’ve output enough salt water, it will notify you that it’s time for some delicious electrolytes.

Looking for the app to recommend a Gatorade flavor? For that choice, you’re still on your own.

Famed gaming-gear maker Razer made headlines at the recent CES 2021 with a prototype of its new smart mask. Dubbed “Project Hazel,” the mask is the latest in personal protection equipment (PPE). 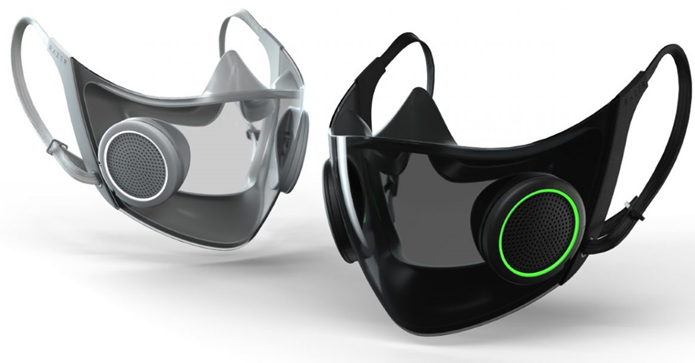 Hazel, according to Razer, is “the world’s smartest mask.” Well, it boasts a slew of gee-whiz features, including:

> Active ventilation that adjusts automatically based on ambient air quality

> Auto-sterilization via UV lights in the carrying case

However, Razer has made it clear that this smart mask has not yet achieved FDA approval. Nor has Hazel been blessed by the CDC, OSHA or any other official body.

That could change soon. Razer says it’s working with a team of scientists and medical professionals to develop Project Hazel into a top-of-the-line, medical-grade smart mask that meets the company’s vision. So far, that’s all we know.

But even if Project Hazel never makes it into production, the concept is a harbinger of smart things to come. COVID-19 was not our first viral pandemic, and it likely won’t be our last. Smart masks like Project Hazel could save lives while also making the day-to-day pandemic slog a little easier.

In which fabric grows a brain

The Apple patent junkies over at PatentlyApple.com recently delivered some intriguing news about Apple’s latest patent for smart fabric buttons. That may sound like small potatoes, but the implications are far-reaching

When added to clothing and accessories, these miniature devices could fulfill thousands of varied functions. For instance, smart buttons could help improve personal safety by warning the wearer of a would-be attacker or an unseen speeding car. Similarly, a sensor could automatically activate a parka’s battery-operated heating system, switching it on when the air temperature falls below a user-defined level.

Change the channel to wearables

For the channel, emerging smart wearable tech should be an epic opportunity.

Smartwatches helped prove that wearables were a popular and lucrative market. But it’s the wearables of tomorrow that will separate the channel winners from the channel also-rans.

Perhaps the path to the gold medal is as much a question of anthropology and biology as technology. All human beings sweat, breathe and wear clothes of some sort.

These fundamentals of human nature powered the imaginations of Gatorade, Razer and Apple. The rest was simply the logistics of filling our needs and desires.

Surely there’s a lesson in their example.