Overclocking is the dark art of computer customization. Like some mysterious black magic spell, it’s a much maligned, oft-misunderstood process.

But at its core, overclocking is pretty simple. When you overclock a component, you’re simply forcing it to operate faster than its manufacturer intended.

For every pro gamer expertly eking out a minute competitive advantage there's some poor sod lamenting the charred carcass of a PC that was pushed a little too far.

But hey, nothing ventured nothing gained, right?

What can be overclocked?

Technically, you can overclock any component with a clock.

The most common candidate for overclocking has traditionally been the CPU. But these days, modern graphics processors (GPUs) run a very close second.

RAM and motherboard chipsets also run on a clock, and therefore they can be pushed past their intended operating speeds. But this is much less common.

Usually, it’s reserved for situations in which one of these components is causing a bottleneck. By clearing the bottleneck, you can add years to an aging machine’s useful life.

The dawn of overclocking saw much hacking, bricking and downright burning of overclocked components. But these days, it’s as simple as clicking a button in the BIOS.

The key is starting with a component that’s been designed for hot-rodding. That’s gotten pretty easy.

Responding to the growing popularity of overclocking, chip designers including Intel have seen fit to release specially designed processors. In Intel’s case, these processors are designated with either an X (for Extreme Edition) or a K (for K-series). 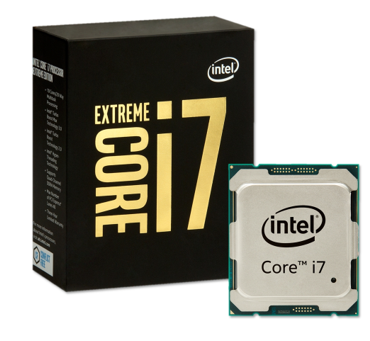 These chips, unlike their utilitarian counterparts, are “unlocked.” In other words, they can be safely overclocked to your heart’s delight.

Doing so simply necessitates a quick trip to the BIOS before the operating system takes control. With the click of a button and the drag of a slider, you can choose to overclock a little or a lot. It really is that simple.

But before you rush to overclock, heed a word of warning. That word is “heat.”

Every computer component produces some heat. The harder you push the component, the more heat it produces.

Nowhere is this more apt than with modern, high-performance CPUs and GPUs. Your run-of-mill desktop CPU tends to idle somewhere around 30 C (86 F). Under a full load, it will push up into the neighborhood of 55 C (131 F).

Sure, that’s pretty hot. But it’s nothing a decent copper heatsink can’t handle. Add a well-designed fan, and it’s cool sailing for sure.

However, when you overclock that CPU, you also kick up the heat factor by a few notches. Now temps can reach 100 C (212 F) — hot enough to boil water.

What’s the solution? The answer is easy to fathom, but not so easy to implement.

The easy part is concluding that the faster you run your silicon, the faster and more efficiently you need to evacuate the hot air it creates.

What’s harder is performing that minor miracle in a 14x14-inch metal box.

Pro gamers will tell you that liquid cooling offers a happy medium. For an experienced enthusiast, the installation process is small potatoes. 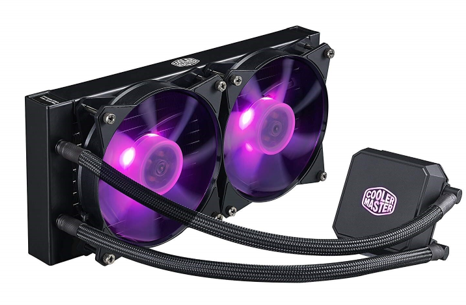 Plus, the cost for a decent liquid-cooling system can be as low as $80. What’s more, modern incarnations of liquid cooling rarely if ever require a messy fluid change.

But is it worth it?

For most of your customers, probably not. Very few computer users will benefit from overclocking. In fact, it’s become a bit of an anachronism for all but the most diehard of speed demons.

The fact is, today’s CPUs, GPUs and other components are so incredibly fast and efficient, even pro gamers, research scientists and AI developers will be hard pressed to justify the time, expense and decrease in reliability that overclocking brings.

In other words, think twice before overclocking the silicon in your or your customer’s PC. Unless they’re true PC enthusiasts, their need for speed may be sated by something off the shelf.