Wireless charging promises ease-of-use and a clutter-free workspace. Just plunk a compatible smartphone, tablet or other device on a charging pad — sold separately, of course — and wait for the battery to fill up.

But how does this marvelous modern convenience work? And is it worth the hype?

Wireless charging, also known as inductive charging, began creeping into the modern zeitgeist around 2008. That’s when the Wireless Power Consortium (WPC) came into being. By 2010 the WPC had created today’s most common wireless-charging standard, known as Qi (pronounced “chee”).

But the real birth of induction power transfer started much earlier — back in 1894, to be exact. That’s when two engineers named Hutin and Le-Blanc proposed a system of wirelessly charging electric vehicles.

Their work, in turn, was based on discoveries made by famed English physicist Michael Faraday. In 1831 he had discovered the theories of magnetics and electricity that make induction charging possible. 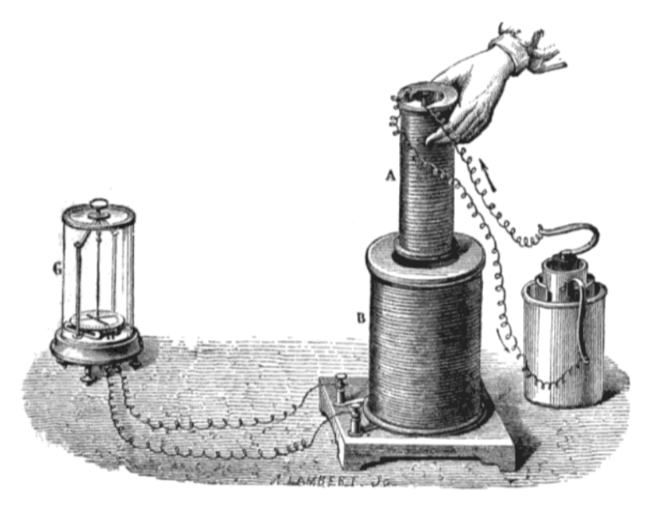 In 1977, nearly a century after Hutin and Le-Blanc did their work, their concept was finally realized in the form of a patent for an “electromagnetically coupled battery charger.” The patent application, filed by one John E. Trombly, listed as its primary use “charging headlamp batteries for coal miners.”

Fast-forward another 33 years, and here we are. You can now buy Qi-certified devices such as Apple’s new MagSafe charger to juice up your cellies without any pesky cables.

The underlying mechanism of inductive charging is as simple as it is elegant. An induction coil in the charging pad creates an oscillating electromagnetic field, just like the one Nikola Tesla created back in the 19th century.

This electromagnetic field then hangs out, floating like a butterfly waiting patiently for a compatible mate. Place your phone on the charging pad, and the device’s receiver coil converts this magnetic field back into electricity, which then charges the device’s battery. That’s all there is to it.

The maximum distance between the charger and your device is determined by the size of the coils in each. The larger the coils, the greater the distance you can have.

The latest, greatest wireless charging currently allows for up to 50 mm (equivalent to a little over 2 inches) between the device and its charger.

That may seem like a short distance, but it’s long enough to obviate the precision previously required to charge devices on older charging pads. In other words, 50 mm is just enough to give the user a chuck-it-on-the-pad-and-fuhgeddaboudit kind of joie de vivre.

Wireless charging is mostly good news. As this technology rapidly spreads, subsequent generations of digital-natives will forget about peripherals as banal as USB cables and wall-warts.

But the news isn’t all digital daisies and wireless roses. There are the small matters of efficiency and cost-effectiveness. Today’s inductive charging doesn’t have enough of either.

As the chart below shows, charging a mobile phone with a Qi wireless charging pad is, at best, around half as fast as charging with an old-fashioned cable, according to Nick Guy of The New York Times. 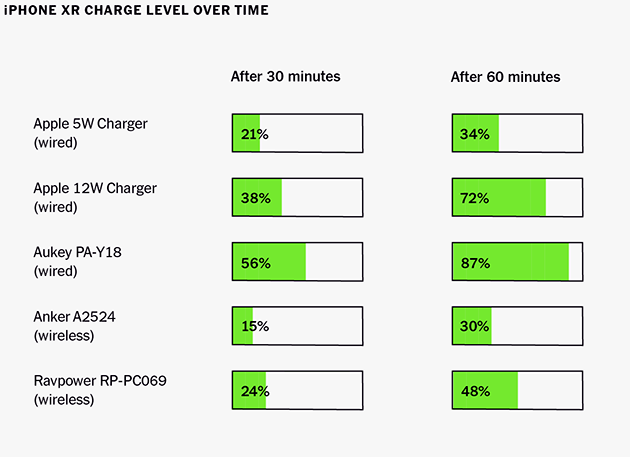 Inductive charging is also relatively expensive. Manufacturing chargers and devices that contain the requisite drive electronics and coils raises their price per unit. Guess who that price increase gets passed on to?

Then there’s the matter of efficiency. Kyle Wiens, CEO of iFixit, says that approximately 50% of the energy coming from a wireless charging pad ends up as wasted heat. With an estimated 3.5 billion smartphones in use worldwide, wholesale adoption of wireless charging could waste a staggering amount of energy.

But not to worry. As wireless charging becomes the de facto standard around the globe, our hardworking tech giants will likely figure out a way to increase efficiency and lower costs.

For now, consider the future of inductive charging as it pertains to the channel. Your customers will need chargers for their myriad devices. And when new chargers are available, they’ll need those, too.

So keep your eye on the inductive ball. A wireless wonderland may be closer than you think.