Noise cancelling (NC) technology is loved by many, but understood by few. Its ability to block out unwanted sound helps us sleep, makes traveling more pleasant, and reduces hearing damage by offering high fidelity at lower volumes.

But how does noise cancellation work? The answer is a story of both high-tech development and beautiful simplicity. And it begins with the desire for quieter airplanes.

In the early 1950s, an electrical engineer named Lawrence Jerome Fogel submitted various patents for the first active NC system. Fogel designed the system specifically for the aviation industry. He knew then what all intrepid business travelers know now: Everything having to do with jet engines is better when you can’t hear them. 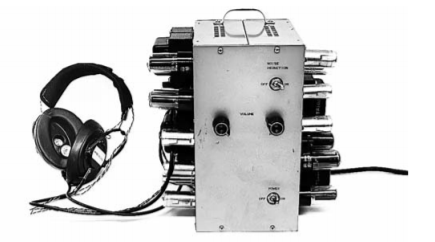 Today, more than 60 years later, NC technology has become much cheaper to develop and produce. It's much more effective, too.

One result: a marketplace chockablock with affordable ear-goggles. They can block out the bad stuff, making the good stuff easier to hear.

Let’s get one thing straight: There is no such thing as “passive NC.” That term is a misnomer concocted by savvy marketing departments looking to grab some cash without paying for the R&D.

What passive NC really means is that the headphones are blocking some ambient sound. This isn’t much different from sticking two fingers in your ears. It doesn’t count.

NC headphones employ tiny microphones that detect ambient sounds. These mics feed a digital audio processor that first identifies the frequencies of the unwanted sounds, then calculates their exact opposite frequencies.

These opposite frequencies are described as being 180 degrees out of phase with the unwanted frequencies. Once projected into the listener’s ears, they block ambient sounds while allowing in the sounds the listener actually wants.

Going through a phase

At the risk of wandering into TL;DR territory, here’s why phase is so important to the NC process.

Sounds waves perfectly aligned are said to be “in phase” with each other. Multiple sound waves that are in phase will produce a sound we perceive as being louder.

But when two signals are out of phase, they cancel each other out. As shown in the graphic below, this happens when the low points (troughs) of one sound wave coincide with the high points (peaks) of another. In other words, the sound waves’ peaks and troughs are opposed. 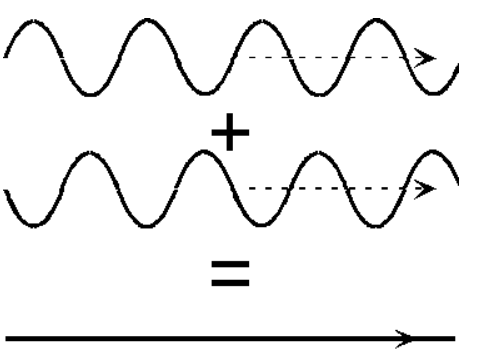 Here’s how this works in your NC headphones. When the headphones’ mic detects a monotonous blather from the jet turbine you’re stuck next to for a few hours, it tells your headphones to produce a frequency array that’s perfectly out of phase with the noise. Once your NC-cans shoot this equal-but-opposite sound into your ears, the engine noise more or less disappears.

Despite the fine work of Fogel — and that of his acolytes, including Amar Bose — NC tech is far from infallible.

For one thing, NC tech works way better with low frequencies than with high ones. It’s also far more effective at silencing constant noise than it is with noises that are sharp and irregular. That’s why your AirPods will protect you from the hum of a 737 far better than from the screaming baby in row 5.

But like most technology, NC seems to get better and better every year. It’s reasonable to assume AI will come into play soon, giving new meaning to the “active” in active NC.

Until then, you have quite a few noise-cancelling headphones to choose from. As Depeche Mode advised, Enjoy the Silence.