Cooling systems are the unsung heroes of PC gaming.

Coolers may not be all that glamorous. They’re quietly efficient. They don’t call much attention to themselves.

But without the right cooling system, your customer’s hot new game would grind to a halt. Nothing glamorous about that.

Why computers get hot

Heat is the archenemy of any computer. So why do PCs get hot in the first place?

It all comes down to one word: resistance.

Every component of a computer, including its processor and GPU, draws electricity. The more powerful the component, the more electricity it needs. Gaming PCs use some of the most powerful components available, so they use a lot of juice.

Now, as all that electricity flows across the circuits and through the wires of a high-performance processor, it encounters natural resistance. That resistance, in turn, creates heat.

In a gaming PC, this level of heat can rise quickly. Without the right cooler, a gaming computer can easily reach internal temperatures in excess of 200 F. Keep that going long enough, and inevitably your system will fail.

So how cool should a gaming PC be? Ideally, no more than 176 F, according to CPUTEMPER, a website covering CPU and GPU temperature issues. That’s why gaming systems need such powerful ways to keep their cool.

Blowing in the wind

There are two main approaches to cooling gaming PCs: air and liquid.

Most consumer gaming PCs are cooled with air. Air coolers aren’t as effective as liquid coolers. But they’re less expensive and easier to maintain.

The cooling starts with the processor itself. A dab of thermal paste helps transfer heat from the top shell of the CPU, called the Integrated Heat Spreader (IHS), to the baseplate of the CPU cooler. From there, the heat gets transferred via one or more heat pipes to a radiator. 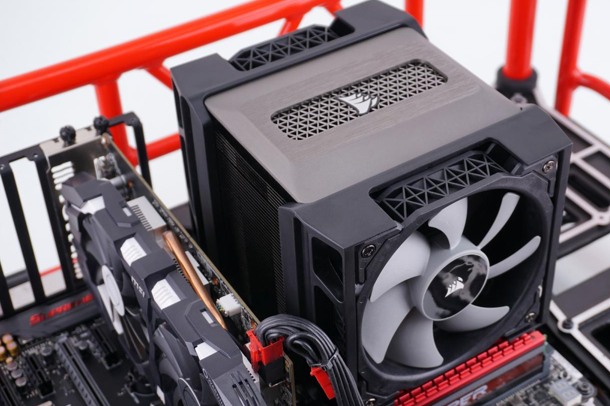 The radiator’s thin, metal fins are designed to maximize exposure to cooler air, which helps to carry the heat away. In most PCs, this process is aided by a temperature- and sensor-controlled fan. As heat builds up, the fan spins into action.

Some air-cooled PCs also have smaller intake and exhaust fans mounted inside the chassis. These fan create positive airflow, pulling cool air in from the PC cabinet’s front and pushing hot air out of the top, sides and rear.

Liquid cooling systems, such as the one shown in this Asetek video, are more complex and expensive than their air-cooling cousins. But you get what you pay for.

Liquid cooling is not only quieter than air, it’s also more effective and efficient. That makes liquid cooling ideal for high-performance, competitive gaming. 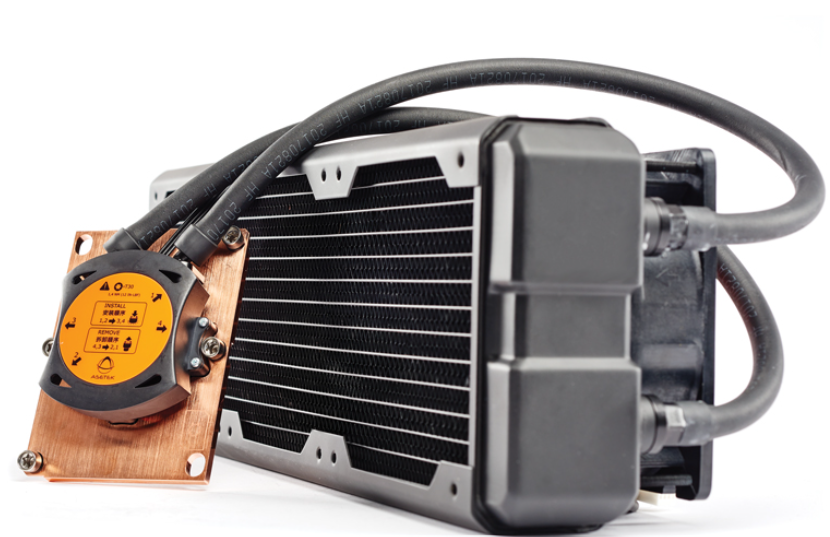 Just like its air-cooling cousin, a liquid cooling system transfers heat from the IHS to the cooler’s baseplate. This is done via the thermal paste sandwiched in between.

But here’s where things get different. The heat is transferred to the system’s liquid coolant. This coolant then gets pumped away from the CPU and other components via an outlet tube.

At the end of the tube, the hot liquid reaches a radiator. It’s then cooled by air blown through the radiator’s fins by small intake fans mounted on the front of the chassis. A larger fan behind the radiator acts as an exhaust, pushing hot air out through a port in the rear.

Once the coolant’s temperature drops, it begins the return journey. The coolant is pumped back to the CPU via a return tube, and the process begins anew.

Exceptions that prove the rule

While traditional air- and liquid-cooling systems are the most common types, they’re not the only games in town.

In another approach, the PC relies on a sturdy but thin aluminum chassis to dissipate heat naturally. In effect, this makes the entire chassis one big heat sink.

Yet another approach is used for supercomputers that kick off more heat than a standard cooler can handle. Designers submerge the entire computer in a bath of thermally (but not electrically) conductive liquid called dielectric coolant.

This method, known as immersion cooling, draws the heated coolant away and replaces it with cooler liquid. This process is similar to standard liquid cooling, but it operates on a much larger scale.

Gamers are a competitive bunch. They’ll always refer to faster processors and higher core-count GPU arrays as the specs that help them win competitions.

But it’s the cooling system that keeps their gaming rigs running. Without adequate cooling, your customer’s hot CPU would be one hot mess.