Is the modern eReader a technological anachronism — or the best-kept secret of diehard bibliophiles? It depends on who you ask.

Fans of cutting-edge tech will likely have little use for a dedicated eReader. Who needs a single-purpose, monochrome device?

After all, they’ll crow, my iPad handles eBooks just fine! And I can check my Instagram between chapters without changing devices.

But our diehard bibliophile will sing a different song. When asked to extol the virtues of eReaders, they’ll point first and foremost to the e-ink display.

E-ink, also known as electronic paper, enables your average Kindle to provide a decidedly book-like reading experience. Like a printed book — and very much unlike a standard tablet — it’s easy to read in bright sunlight.

Kindle fans also enjoy the lack of features in a dedicated eReader. They’ll tell you it eliminates distractions and removes the temptation to check your email one last time.

All about the screen

At its core, an eReader is a tablet. It’s got a touch interface, Wi-Fi connectivity, a processor and some memory.

But unlike your average tablet, eReaders present content via e-ink. This unique screen technology requires very little power, mainly because it doesn’t produce any light by itself. The overall impression is that you’re reading from a printed page.

The Kindle’s screen is made up of 2 conductive plates separated by a gap of 10 to 100 micrometers (1,000 micrometers equals about 0.4 inch). Between those plates sits a layer of dark-colored oil. And floating in that oil is a mass of titanium dioxide particles, each just 1 micrometer in diameter.

eReader under glass: The pixels have it

To produce text and images, the Kindle applies positive and negative charges across the plates. A positive charge brings negatively charged particles to the surface — and vice versa.

By way of comparison, the image on your iPad is produced by millions of light-emitting diodes (LEDs). Each LED is given an electrical charge that produces a brief flash of light.

Those millions of LED flashes produce a continuous glow. Their position and color are defined by onboard graphics software and hardware. The result is the kind of stunning, high-res graphics we take for granted.

Sure, e-ink may be yesterday’s news. It was first produced by Xerox in 1970. But it’s not without its virtues.

To start, e-ink doesn’t produce any light. As mentioned above, that makes it easy on the eyes and easy to see, even in bright sunlight.

By comparison, an LED screen constantly bombards you with potentially harmful blue light. Studies show this can lead to both mild issues like fatigue and more serious issues like macular degeneration.

Also, eReaders boast an incredibly long battery life. Amazon’s Kindle Oasis needs to be charged only about once every 6 weeks. 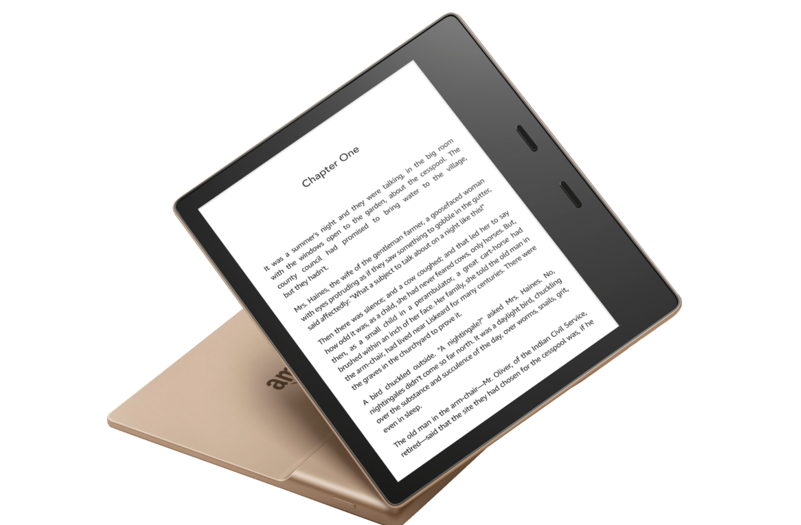 That’s thanks in part to its limited functionality. A Kindle doesn’t need the latest power-hungry M1 or Snapdragon processor. Nor does it require much RAM.

What’s more, an e-ink screen requires power only when it changes states. After a new page is loaded, the “ink” stays on the screen with no help from the device.

So is the eReader’s lack of features actually a virtue? A compelling argument could be made for its less-is-more approach. There’s something to be said for putting aside your devices — and the chaos that comes with them.

Getting lost in a great book is one of the splendors of life. It gives us a chance to forget our worries and become deliciously lost in a creative cosmos. The effect can reduce our heart rates, create new neural pathways and imbue us with invaluable empathy.

So, the next time you’re in the mood to plow through "War and Peace," cast a spell with Harry Potter, or invite a bodice-ripper to tickle your fancy, try reaching for a Kindle instead of an iPad.

In the digital pages of this one-trick pony, you might discover a brave new world.