But to produce this new generation of smartphones, scientists and engineers are this time bending the laws of physics. The new flip phones combine today’s must-have features with yesteryear’s compact form factors.

How to bend glass

Oh, you thought glass was rigid? Brittle even? Think again. The new Samsung Galaxy Z Flip features a 6.7-inch glass display that folds in half—the first of its kind. 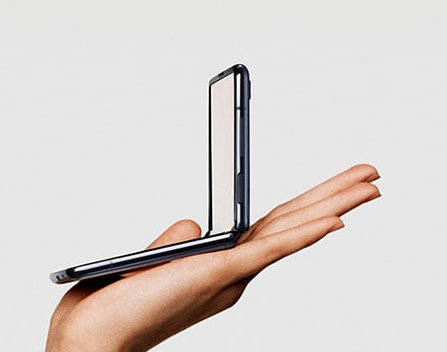 How do you bend something as rigid as glass? Well, it turns out that just about anything will bend if it’s thin enough.

For example, consider a sheet of aircraft-grade aluminum. It’s tough enough to withstand the kind of air pressure you get at 40,000 feet above the Earth’s surface. But stretch out that same sheet thin enough, and you’ll get something every bit as flexible as the aluminum foil you used to wrap last night’s leftovers.

As for the glass portion of the Galaxy Flip Z’s screen, it measures just 30 microns (1 micron = one thousandth of a millimeter). That’s about the same thickness as a human hair.

In fact, UTG is made not by Samsung, but rather by Schott, a German manufacturer of specialty glass. To enhance UTG’s protection and rigidity, Schott engineers added an ultra-thin, external layer of plastic. This plastic layer protects UTG against the detritus in your pocket, not to mention the nails of your thumbs.

When it comes to cutting-edge flip phones, no ordinary hinge will do. Let’s face it, when you’re paying nearly $1,400 for a folding phone, you have every right to expect a hinge that’s smooth, quiet and reliable.

Here again, we have to look at Samsung’s latest flipper to see how high the bar is set. Sure, other contenders have stepped onto the field (the ill-fated Moto Razr comes to mind). But no other smartphone designer has yet to come close to the physical wizardry that makes the Z Flip, well, flip.

The hinges that bind the two halves of Samsung’s Galaxy Z Flip are based on a unique dual-cam mechanism. It’s shown in what may be the world’s longest (and slowest) animated GIF.

The cams are part of a larger, spring-loaded assembly that Samsung calls the Hideaway Hinge. Unlike your run-of-the-mill door hinge, Hideaway Hinge enables a smooth arc of motion, even while providing enough tension to keep the phone in any position between fully open and completely closed. 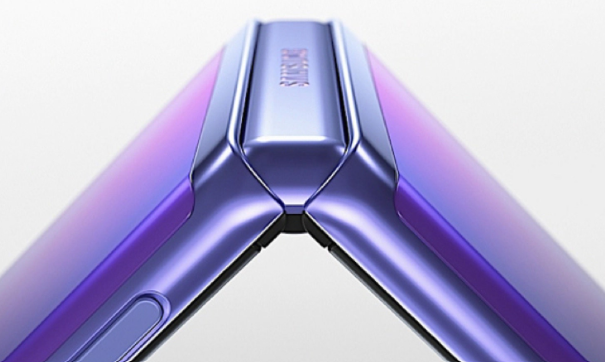 Samsung’s unique hinge also features a simple yet brilliant solution for keeping dust out of the mechanism. As the hinge moves, row upon row of tiny silicone fingers collect unwanted debris and push it out of ports in the hinge assembly. It’s one clean machine.

The future of flip

Consumers are nothing if not contrary. We want ever-bigger screens, yet we also demand smaller, easier-to-handle phones. Perhaps the answer to this contradiction involves folding those big screens in half when they’re not in use.

As the dollars start rolling in, consumer electronics titans will race to meet demand. Even Apple is rumored to be working on a flip version of its wildly popular iPhone. 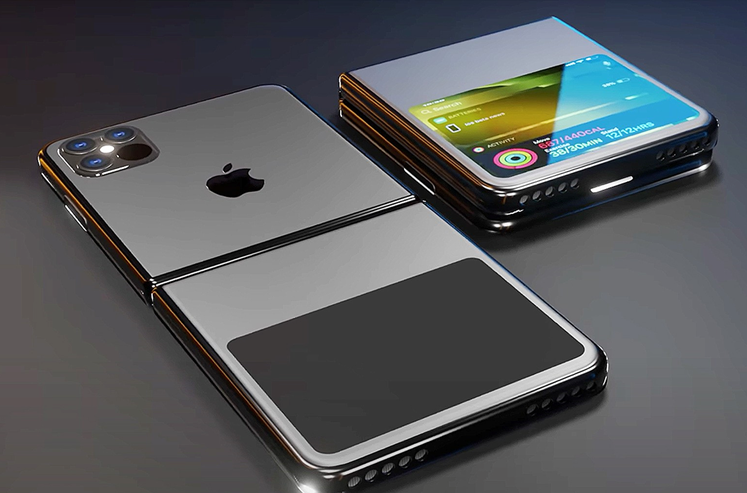 Could this be Apple’s flip phone prototype? (Photo: Tom’s Hardware)

Time and tech will march forward; they always do. Glass will get thinner and eventually shed its protective plastic coating. Hinges will get smoother and perhaps even sprout tiny servo-motors.

Eventually, our sci-fi fantasies will come to fruition in the form of rollable sheets of advanced polymer, pocked with millions of micro-OLEDs.

In the meantime, feel free to grab the latest flip phone and journey back to the future. No DeLorean required.