Solid State Drives, or SSDs, are the oft-misunderstood creatures that dwell within our PCs and mobile devices.

Traditional hard disk drives (HDDs) are easier to wrap your head around. Open one up and you can see the physical mechanisms — magnetic platter, read/write head, etc. — that make it go.

But newer storage tech is opaque. How can a skinny plastic drive with no moving parts deliver terabytes of data in mere nanoseconds?

Maybe it’s time for a primer. With SSDs finally reaching a state of ubiquity, we should get to know how they store our information — and how they can lose it, too.

A (very) brief history of SSDs

SSDs have been in use longer than the collective zeitgeist would allow. In fact, their origins date back more than 40 years. It was 1978 when IBM created the first commercially available SSD, a charge-coupled device with a storage capacity of just 45 MB. The price tag? An eye-watering $400,000. 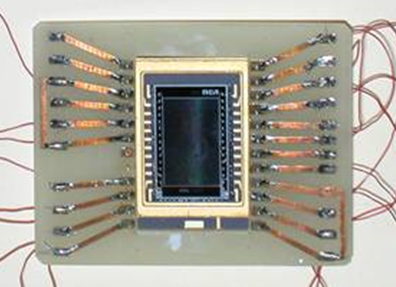 It took another 14 years for the market to see a viable flash-based SSD drive. One finally appeared in 1991 courtesy of SanDisk. This drive retailed for a much more reasonable $1,000. But it could store only 20 MB of data.

Flash forward 20 years, and today even the smallest drive on Apple iPhone can store 108,000 MB more than that.

Prices have fallen just as dramatically. Back in 1991, the price/performance of Sandisk’s SSD worked out to $50K/GB. Compare that to the 2020 release of Crucial’s MX500 SSD. Its price per gig: just 10 cents.

A description of the inner workings of your average SSD could fill a 200-page white paper. But you and your customers are busy people. Let’s do the executive summary instead.

The SSD’s greatest claim to fame is its complete lack of moving parts. Instead of spinning, seeking and scribing like a traditional HDD, an SSD writes data to a series of semiconductor cells.

These flash cells store electrons in a binary floating gate that reads as either charged (“0”) or not-charged (“1”). The cells are organized in a grid called a block. Each row of this block is called a page.

The data on a given device is stored throughout its various pages and blocks. When that data is called upon, it comes rushing to the fore in a matter of nanoseconds.

Yep, that’s fast. Compare that to the 10 to 15 milliseconds it takes for a conventional HDD to respond. (One millisecond is a million nanoseconds.)

One benefit of this breakneck speed is that it lets programmers add myriad must-have features to operating systems, apps and web-based services. With a lesser storage solution, these programming advances would be impossible.

SSDs offer another advantage, too. While they work similarly to RAM, an SSD employs non-volatile memory, meaning it can store data without a power source. A RAM’s data is erased each time its power is cut off.

The downsides of SSD tech

At this point, you might be wondering if there’s a chunk of Kryptonite waiting to ambush Super Man’s SSD.

Sure, there is. There’s always a catch.

Let’s start with pricing. While SSD prices have come way down over the years, they’re  still expensive compared to traditional HDDs. SSD storage currently retails for about 10 cents per gigabyte, roughly double that of HDD storage, which is more like 4 to 6 cents per GB.

Then there’s the issue of reading and writing to a crowded drive. When an SSD drive is empty, its read/write speeds are second to none. But once the drive fills up with data, its performance takes a hit.

That's because, even though an SSD can read and write data at the page level, it can only erase at the block level. To update a block, its entire contents must first shift to an available open block. Unfortunately, this process creates unwanted latency.

It’s a necessary evil we’ll just have to deal with. Page-level overwrites would require high-voltage operations that stress and degrade the storage architecture. Better to have an operational slowdown than a total drive failure.

Another issue with SSDs is their limited write capabilities. Your average 250GB SSD is able to write a total of 60 to 150 terabytes during its usable life. That’s the equivalent of writing approximately 190GB every day for a year — small potatoes for a modern data center.

But beware! If you’re going to put that many miles on your drive, you’d better have a backup. SSDs can fail without warning, especially if they go without power for too long. And SSD data recovery isn’t nearly as easy or affordable as it is with an HDD.

As good as SSDs are, their manufacturers aren’t resting on their laurels. Right now, storage engineers are working to provide faster, smarter and more reliable drives. 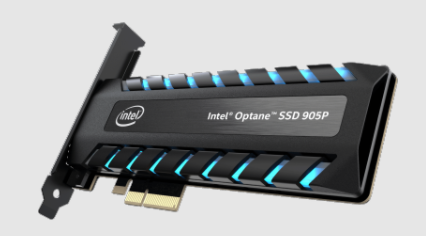 In addition, new technologies including stackable cross-gridded data access arrays have helped make Optane some of the fastest — and most expensive — storage available today.

Is it worth the dough? Popping a modern SSD in your PC is an awfully good way to find out.