It’s 6 o’clock, do you know where your keys are? Or, for that matter, your wallet, laptop or suitcase?

You would if these items were equipped with digital trackers.

Digital trackers are wireless devices that you attach to your things—keys, toys, a wallet, you name it. Then, if those things get lost or otherwise misplaced, the tracker communicates with your smartphone to help you find them.

The recent release of the Apple AirTag has made trackers front-page news. But in fact, the lowly and ubiquitous Bluetooth tracker has been around—and selling like hotcakes—since 2013. 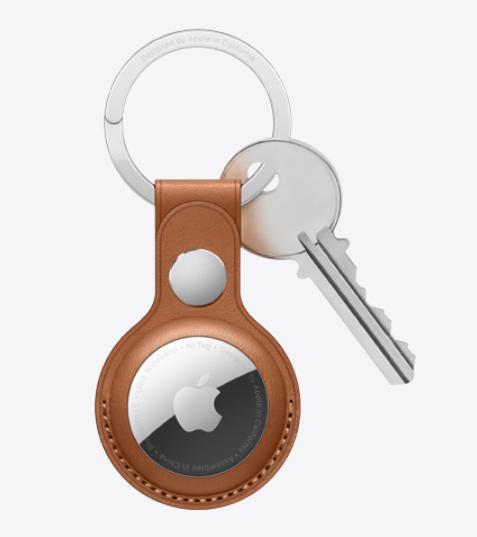 But we’re getting ahead of ourselves. Let’s start at the start.

A long time ago in a galaxy far away…

The first consumer tracker to really catch on was made by a company called Tile Inc.

Tile was crowdfunded into existence in 2012. Within a year, the startup had raised over $2.6 million, pre-selling devices to some 50,000 people eager as all giddyup to locate their car keys the morning after a righteous shindig.

Tile the company still exists, and the Tiles of today bear a striking resemblance to the original version. They’re small enough to fit in the palm of your hand, powered by a replaceable lithium battery, and connect to your mobile device via Bluetooth. And they work with iOS, Android and Windows.

Prices range from around $25 for the Tile Mate and Tile Pro to just shy of $40 for the credit-card-shaped Tile Slim and the adhesive-equipped Tile Stick. 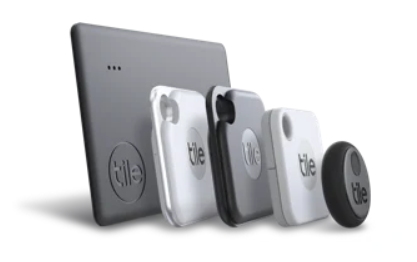 Tile trackers: your choice of form-factors and colors

The biggest difference from the original Tile is that the current models support the latest, greatest version of Bluetooth. That’s important. Over time, Bluetooth has become more accurate, more reliable, and more accessible, with a usable range that has extended from only about 25 feet to anywhere from 100 to 400 feet.

Specifically, Tile uses a variant of Bluetooth 4.0 called Bluetooth Low Energy (so does the Apple AirTag). As the name suggests, BLE does its job while sipping the very least amount of battery life it possibly can. The tracker you buy today shouldn’t need a new battery for well over a year.

Help, I left my laptop in the seat-back pocket!

Locating a lost tracker happens in one of two ways—either via your phone or via someone else’s.

If your Tile or AirTag is relatively nearby, chances are good your phone will pick up the Bluetooth signal and then point you in the right direction.

You can also hit a button in the accompanying mobile app, causing the tracker to sound an alarm. While these devices are small, their alarms are loud enough to be heard through your average sofa cushion or from the bottom of a laundry hamper.

But what if you left your wallet in your sister’s cousin’s boyfriend’s Honda Civic, and he’s already back home in New Jersey?

You could be saved by networked tracking. In this scenario, you’d create a private, secure network by enlisting other Tile or AirTag owners who have opted in.

First, you’d confirm via the app that your tracker needs tracking. Then all networked devices would keep an eye out for the unique Bluetooth signature of your specific tracker.

If and when your tracker is located, the closest enabled device confirms its location and the information you provided. In the case of Apple, this happens very neatly and efficiently via NFC.

Unlike Tiles, the Apple AirTag, which retails for $29, can be used only with an iOS device. This may annoy Android users, but it does let Apple offer some useful features made possible by the company’s control of the full hardware/software stack.

One such feature is the AirTag’s ease of use. The inner workings of the relationship between an AirTag and other Apple mobile devices are already built into the OS. So there are no apps to install. And setup is quick and easy.

Further, with nearly a billion Apple devices in users’ hands worldwide, the chances of someone recovering your keys from San Luis Obispo are pretty good—nearly as good as if they were just behind the credenza in your foyer. 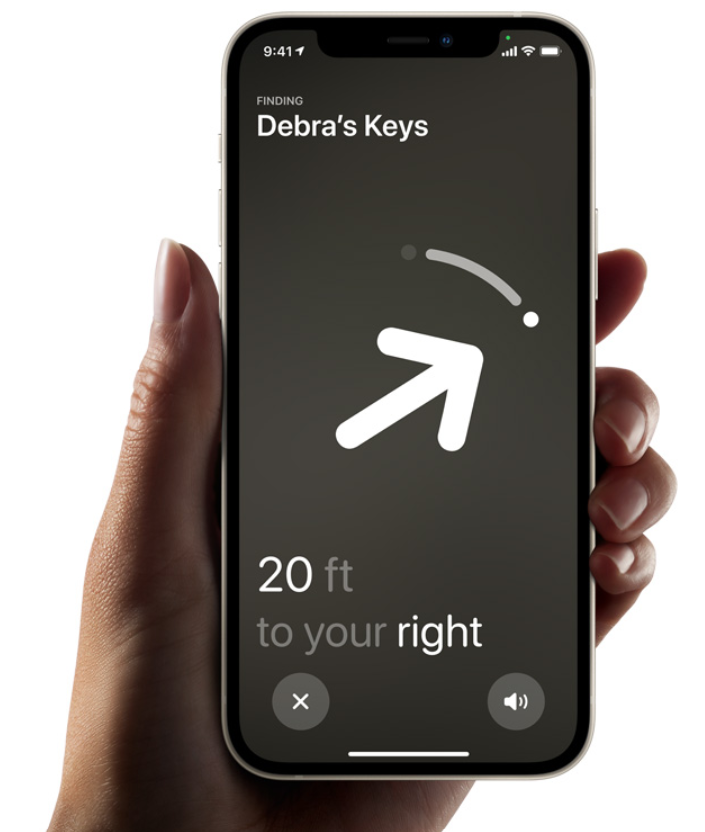 Precision Finding: Apple’s U1 chip guides you to your item

By far the coolest “one more thing” Apple has to offer is the addition of ultrawideband location. That comes via the U1 chip in both the AirTag and Apple iPhones 11 and 12.

Here’s how it works: If you have the right combination of devices, and if the AirTag is nearby, then the Precision Finding feature will guide you right to the AirTag with arrows and proximity measurements. Even better, these pointers get updated in real time as you move closer to or farther from the track.

Track it up, I’ll take it

Both Tile and AirTag trackers are available directly from their respective designers as well as through major retailers such as Best Buy and Amazon.

Tiles come in your choice of form factors and colors. AirTags come in any color you want, as long as it’s white. However, Apple does offer free laser engraving. And a discount, if you buy ‘em 4 at a time.

Now all you need to do is figure out how you’ll spend all the time you’d have otherwise wasted looking for the keys!