> The first Intel processors to support both DDR5 memory and PCIe 5.0 connectivity.

> And the first family to support a new cache architecture.

Initially, the line comprises 6 unlocked desktop processor SKUs, ranging from i5 to i9. They’re available with up to 16 cores and 24 threads; up to 30MB of Intel Smart Cache (L3); and up to 14MB of L2 cache.

> Up to 36% faster photo-editing performance

> Up to 32% faster video-editing performance

> Up to 37% faster 3D-modeling performance

> Up to 100% faster multiframe rendering

Topping the current lineup of 12th gen Intel Core CPUs is the i9-12900K gaming processor. Intel calls is the “world’s best gaming processor.” Compared with previous generations, the i9 delivers up to 30% more performance, according to Intel.

The processor family’s 2 micro-architectures represent what Intel says is the company’s biggest architectural shift in a decade. Intel has essentially divided the processor design into Performance-cores and Efficient-cores. 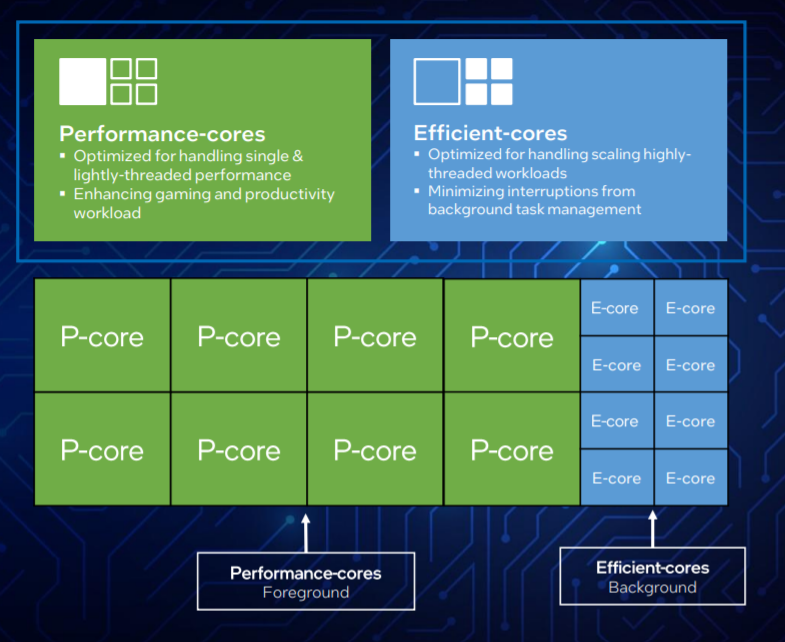 These 2 micro-architectures are coordinated by Intel Thread Director, a scheduler designed to work with Windows 11. Thread Director monitors the runtime instruction mix, provides runtime feedback to the OS, and dynamically adapts guidance based on the thermal design point, operating conditions and power settings.

The 12th gen Intel Core family’s new cache architecture involves a common cache shared among P-cores, E-cores and processor graphics. The biggest benefits from this are said to be faster game loading and smoother frame rates.

For enthusiasts and gamers, these new Intel processors can be overclocked. To help, Intel has upgraded 2 tools: Intel Extreme Tuning Utility (now at version 7.5) and Intel Extreme Memory Profile (now 3.0).

Intel says 140 of its partners in 30 countries will add 12th gen Intel Core CPUs to their products by year’s end. They include Tier 1 vendors Acer, Asus, Dell, HP and Lenovo.

First out the gate was Dell Alienware. At last week’s Intel Innovation event, an Alienware exec briefly introduced the Aurora R13, a gaming desktop powered by 12th gen Intel Core processors. When maxed out with the new i9K CPU, the Alienware Aurora R13 will retail for $3,720. 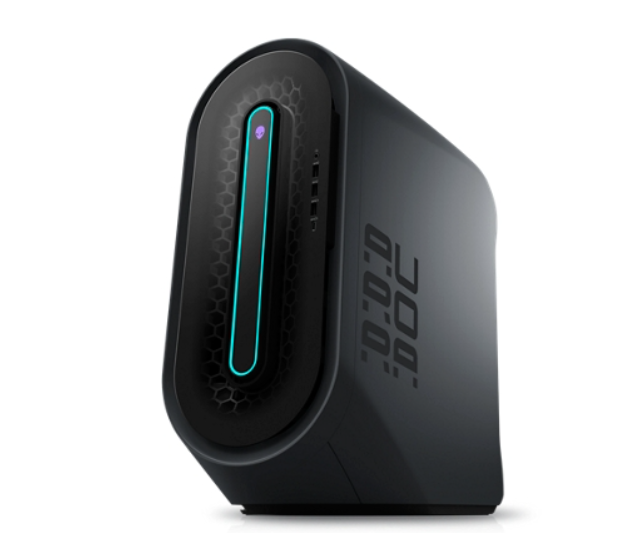 Unit pricing for the new 12th gen Intel Core processors starts at $264 to $589 for unlocked processors. If you’re interested in building PCs around these new CPUs, you can place a pre-order now. Shipments are set to begin this Thursday, Nov. 4.

If Intel’s own projections are right, these new CPUs will be big sellers. Intel says it expects to ship hundreds of thousands of units by year’s end, and more than 2 million units by next March.

As part of its 12th gen push, Intel plans to expand the processor family to include not only desktops but also laptops. The company expects to be shipping 28 SKUs to OEM partners by early next year.