It’s been a tough couple of years, and there’s no end in sight. So this year, why not give the gift of shopping?

No, money can’t buy happiness. But it can buy a full smartphone battery, a personal robot, and a TV that looks way better than most TVs.

That’s gotta be worth a few oohs and ahhhs under the tree, right?

So, without further ado, here’s Tech Provider Zone’s 2021 holiday gift guide. The gifts are listed in order of cost -- least expensive first. But any of them could make you the coolest gift-giver in the whole North Pole.

FOR A QUICK CHARGE

Statistically speaking, at least one of your giftees has recently left their cell phone charger in the back of a Lyft. It happens to the best of us. And then there goes your Candy Crush championship.

At just shy of $35, Anker’s 30-watt rapid charger makes the perfect stocking stuffer. It’s compatible with all iPhones, Samsungs and Pixels made in the last few years. It’s got enough power to charge a full-size tablet. And it’s small enough to fit in your pocket. 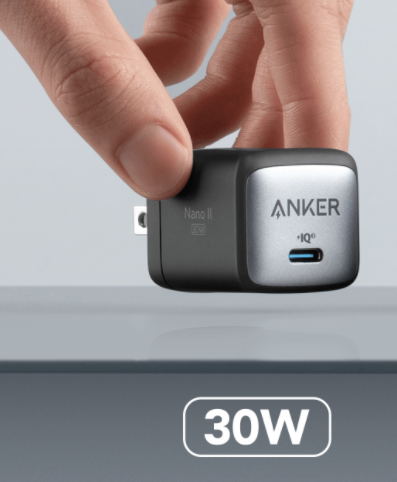 One side plugs into a standard 120 volt U.S. outlet. The other side takes a USB-C cable (not included). The opposite end of that cable can be Lightning, USB-C, or any other type of plug that’ll get the job done.

FOR THE GERMAPHOBE (and these days, who isn’t?)

Our phones end up in bags, on tables, on the bus seat next to us, and sometimes even in kids’ mouths. We pick them up and put them down constantly. We hold them up to our heads, brush our lips against them while we’re talking, and then use our hands to touch everything else.

If you want to give the gift of peace-of-mind during a global pandemic, consider the PhoneSoap UV phone sanitizer. 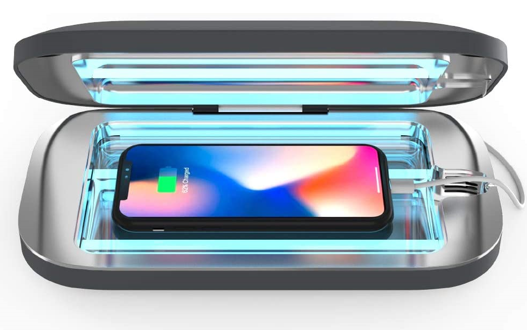 PhoneSoap UV: Because your phone is pretty gross

The Pro version isn’t cheap at around $120 (compared with $80 for the standard 3 version). But it will easily fit your iPhone Max or Samsung Galaxy Note. And it will kill all the evil germs on your way-too-big phablet in about 5 minutes.

FOR THE ULTIMATE TECHIE

Are you sick yet of hearing the word metaverse? Either way, the virtual web is coming, and fast. To get the most out of it in the near future, you’ll need a good set of VR goggles.

Oculus is a division of Meta, the company that recently changed its name from Facebook. Because metaverse. 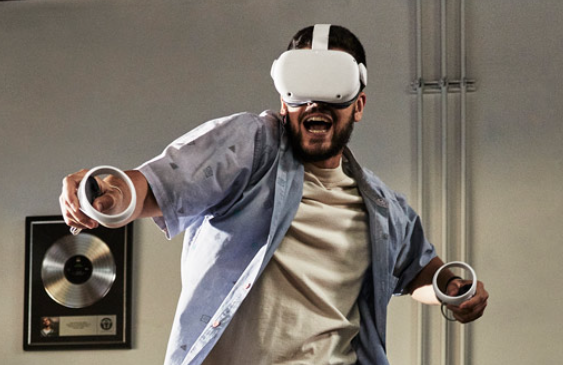 Some people appreciate Mr. Zuckerberg and his merry meta minions, and some people really, really don’t. But you can’t argue with billions of dollars’ worth of R&D. That’s what Meta has put into making the Quest 2 VR headset a force to be reckoned with.

Around $300 will get those goggles on your head. Drop another $50 to $100, and you’ll add in-hand controllers and a nifty carrying case.

Does someone on your gift list have a smart TV that looks great when it’s on, but ugly when off? If so, Samsung would like to offer them the best of both worlds.

The Samsung Class Frame Series is a modern smart TV designed to look like a piece of modern art. Like many Samsungs, this TV offers QLED pixels, Quantum Processing 4K, and a built-in Alexa virtual assistant. 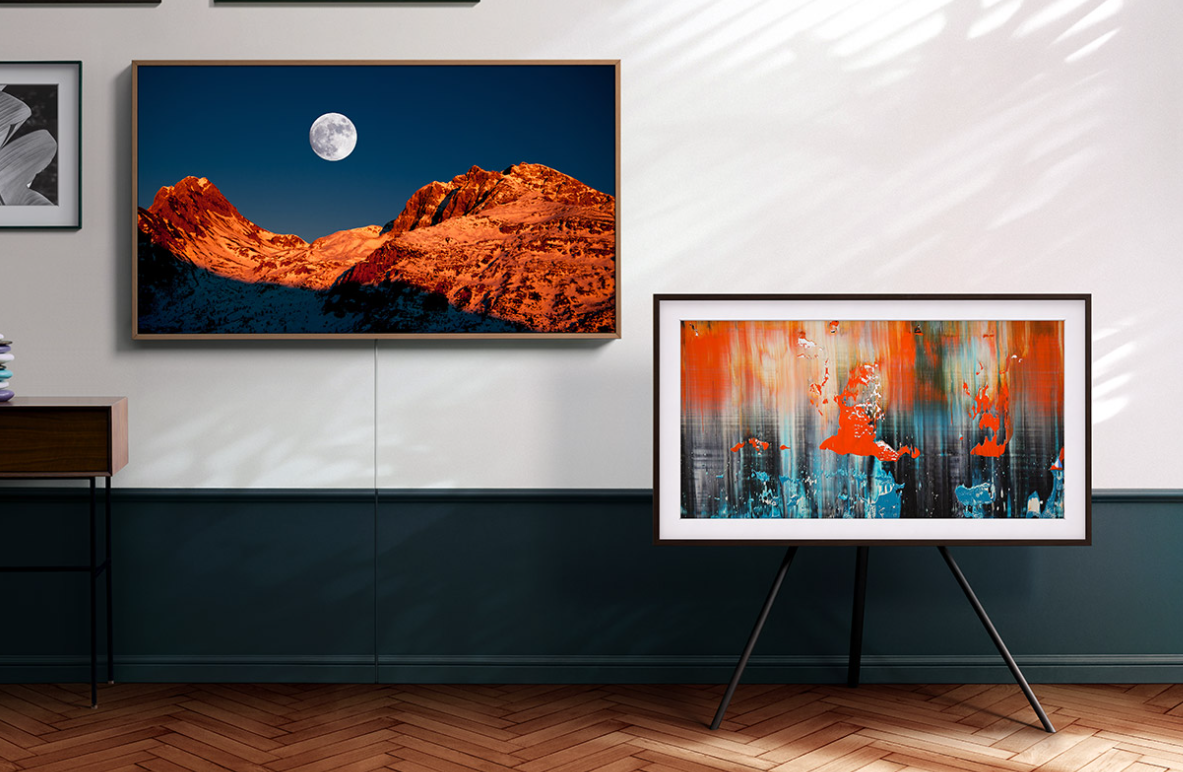 It also offers a stylish way to watch your TV without actually turning it on. A thin, black bezel with a luxurious white matte gives the device a modern, artsy vibe.

And a built-in motion sensor will recognize when you walk into the room. Then put some art on the screen for your viewing pleasure.

If the Louvre had a TV hanging on its walls, this is what it would look like.

FOR THE TECHIE WITH (ALMOST) EVERYTHING

What do you get for the person who has everything? How about a personal following robot?

The gita mini is a semi-autonomous robot, just 19 inches high. It’s designed to carry your stuff around for you as you make your way through the day. 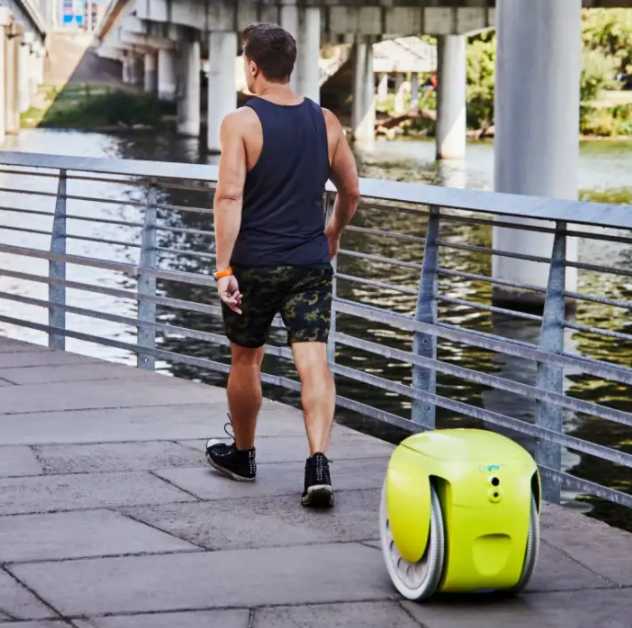 The cargo space between those cute little wheels can hold 20 pounds of groceries, books, or any other relatively small objects you’d prefer not to carry.

A remarkably sophisticated sensor system senses depth, color and surrounding objects. Then all that data is processed via an integrated neural network. It tells gita when to zig and when to zag — all at a top speed of 6 mph.

The robot’s battery power lasts for about 7 hours of continuous travel. And it recharges in about 2 hours.

Is there an app for that? Of course! The mygita app is free to download.

Once the app is installed on your mobile phone, you can use it to lock the storage bin, check the battery level, stream music, and keep track of the miles you’ve walked with your little motorized buddy.

Temporarily out of stock?

Many tech presents are already sold out, according to the Wall Street Journal (and everyone else). These reportedly include some of the latest Google Pixel phones, the Sony PlayStation 5 gaming console, even an Xbox mini-fridge.

For this, you can blame supply-chain issues, chip shortages, pandemic-related manufacturing hold-ups, even every UPS driver who’s trying to avoid Omicron.

But there’s no need to blame yourself. All the gifts listed above (with the exception of the Piaggio robot) are currently shown on Amazon as available for fast delivery before Christmas. Take that, Rudolf!