Most small and midsize businesses need a reliable local server. But when the time comes to make a smart purchase, too many SMB owners opt instead to repurpose an older PC.

That’s a bad idea. To be sure, installing a server OS on a dusty old desktop can save money in the short term. But the resulting downtime, repairs and frustration can explode your customer’s total cost of ownership (TCO) in no time.

The smarter play? Tell them to instead install a dedicated low-end server, one that’s purpose-built for the task.

The right tool for the job

Not to put too fine a point on it, but PCs are designed for personal computing, and servers are designed to, well, serve. The devil in the details that separate these two digital archetypes could make all the difference in the world.

Even repurposing a brand-new desktop or mini PC as a server could come back to haunt its owners. Using a box that lacks a true server architecture is just asking for efficiency-destroying bottlenecks.

And the worst-case scenario? The short list includes data loss, security breaches, even a total processor meltdown. Don’t go there.

Spring for the good stuff

If your customers are ready to pull the trigger on a small-business server with a compelling price/performance ratio, they have lots of options.

It probably won’t surprise you to learn that one of the most popular solutions is designed by Dell. The house that Michael built has long been known for its inexpensive business solutions.

Dell’s selection of SMB-focused servers is no exception. Starting at around $700, Dell’s latest PowerEdge servers offer both desktop and rack-mount form factors. The former lends itself to a single-server solution, while the latter offers the option to install a networked stack like the big boys do.

Coming in at entry-level status means a server like the T150 is a small tower housing an Intel Pentium G640T, 8GB of RAM and a 1TB hard drive. 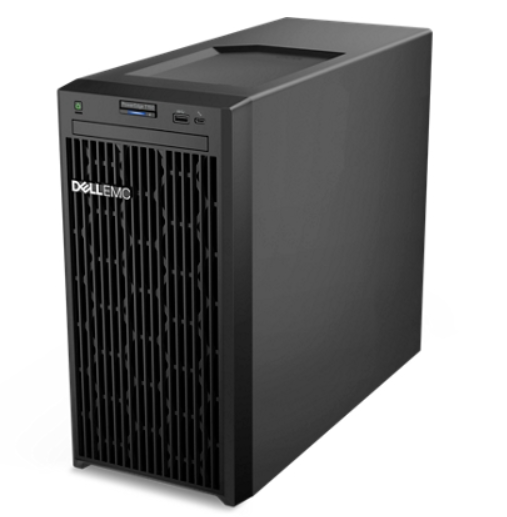 There’s no OS when the PowerEdge comes out of the box, so some assembly is required. Those in the know may want to opt for a stable Linux build. But the path of least resistance will always be a copy of Windows Server 2022.

Moving up Dell’s food chain delivers a substantial price bump. But when it comes to serving scads of media files and MySQL databases while simultaneously collecting and parsing edge data, you have to haul out the big guns.

Kitting out a Dell PowerEdge Rack Server with an Intel Xeon Silver 4309Y server-class processor and 16GB of memory will push the price up to a little over $4K. Going for the ultimate config, however, will quickly launch you into the 5-digit range.

For instance, configuring Dell’s PowerEdge R650 rack server with a 2.4GHz Intel Xeon Platinum 8360Y processor, 32GB of ECC memory, and a couple of 2TB SSDs will easily bring the price tag over $14K. And that’s before you pick out that boffo network controller card you’ve always wanted.

Lots more fish in the sea

Dell isn’t the only choice for your SMB customers — not by a long shot. All of Big Tech is competing for some of that SMB server cash.

However, despite the sheer number of entry-level servers on the market, there’s not a lot of daylight between them. Most offer the same cadre of Intel processors, network cards and memory modules.

Fortunately, there are a few notable innovations. One is HPE, which is pushing an interesting microserver. It’s not often you see a server this small — especially with such impressive specs.

HPE’s ProLiant MicroServer Gen10 Plus starts around $785. Config options include a quad-core Intel Xeon processor, up to 32GB of ECC DDR4 memory, and a 4-port Ethernet controller. Yet the footprint of this server is an almost impossibly small 9.65 inches wide. 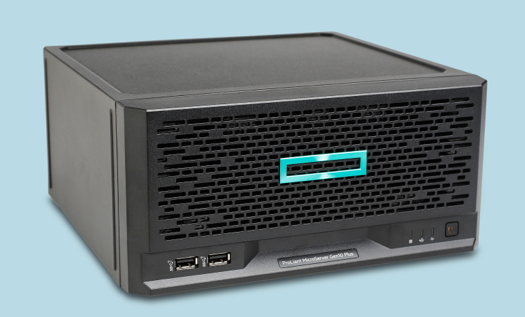 At the other end of the spectrum is Lenovo’s ThinkSystem ST650 V2 Tower Server, which retails for nearly $3,400. Unlike the diminutive HPE, this Lenovo box is built to grow with your customers.

The latest ThinkSystem has room for 2 processors, 2 network cards, 8 drives and 9 PCIe cards. Talk about expandability.

No SMB owner wants to install a new server every year. So the key to success is choosing a platform that’s as future-proof as possible.

That’s where you come in. Helping your customer pick the right box for their business could end up being the most valuable thing you can offer them.

Choose wisely, and you could have a loyal customer for life.