Remember TV sets and stereo systems? With the rise of streaming services, many people are now enjoying music and movies on their PCs instead. But are their PC speakers truly up to the task? If not, it’s time for an upgrade.

In the world of audio, there are speakers and then there are speakers. The first merely reproduces sound. The second deliver a listening experience so good, it could change the way your customers hear music and movies forever.

Any audiophile will tell you that when it comes to sound quality, there’s no substitute for wired speakers. Good, old-fashioned copper wire conducts electrical impulses particularly well.

Remember, a chain is only as strong as its weakest link. The best speakers in the world will sound good only when fed a high-integrity signal.

On the other hand, cords and cables can be messy, annoying and cumbersome. If your customer is looking for a less-cluttered solution, steer them toward Wi-Fi rather than Bluetooth. Sure, Bluetooth is convenient. But it doesn’t deliver much in the way of sound quality.

Wi-Fi, on the other hand, is capable of high-bandwidth transmission. This sends more information to the speakers, faster and more consistently than Bluetooth.

Such is the case with the increasingly popular Sonos Wi-Fi speakers (pictured above). They deliver the next best thing to a wired solution. Plus, prices start at a reasonable $200.

Don’t let your customer get fooled into thinking that bigger speakers are necessarily better. In the age of modern speaker design, it’s no longer necessary to install giant woofers just to get extra bass response.

The trick is to choose reasonably-sized speakers designed to sound bigger than they really are. Well-designed speakers usually feature multiple speaker components — most commonly a woofer and a tweeter — that handle specific frequency ranges.

A good example is the A5+ Classic Speakers from AudioEngine. A pair retails for about $400. Inside the A5+ is a crossover that sends high frequencies to the tweeter and low frequencies to the woofer. And they're less than 11 inches tall. 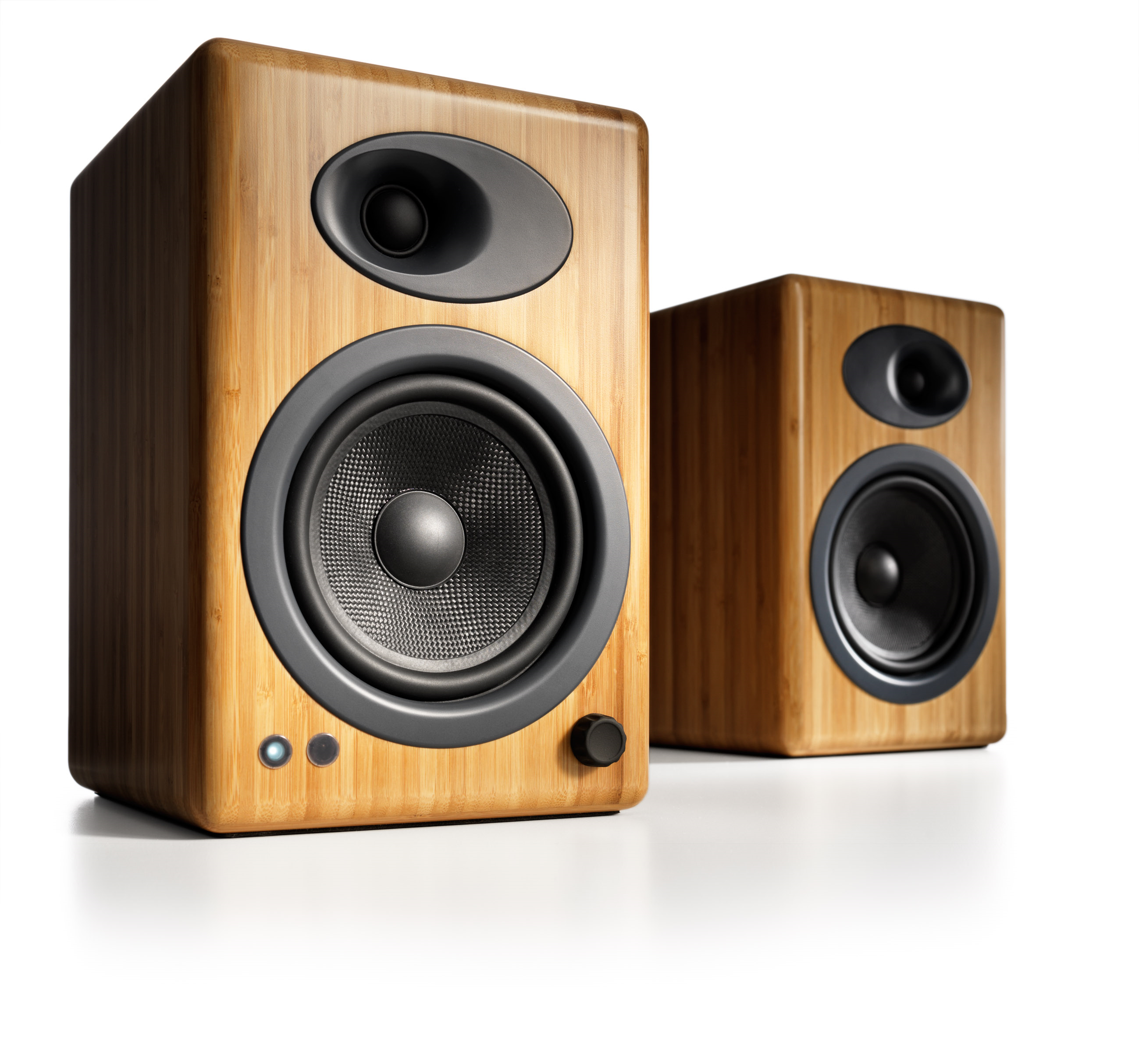 AudioEngine A5+ Speakers: a 2-way system with rear bass ports

These speakers also feature rear bass ports — oblong holes cut into the back of the speaker cabinets. It’s a simple, elegant solution that increases low-end response without increasing the size or weight of the speakers themselves.

Look to the future

What does the future hold for audio? Sony thinks it has the right answer in its upcoming 360 Reality Audio technology.

Sony believes we should no longer be satisfied with the stereo image we’ve been listening to for the better part of a century. (Modern stereophonic technology was invented back in the 1930s.)

During Sony's production phase, musical artists will have the opportunity to define how the listener perceives each aspect of the music. Theoretically, the listener could hear violins behind her, a singer directly in front, and a kettle drum that seems to be two rooms over, behind a concrete wall. The possibilities are infinite — and incredible!

Whether your customers are listening Cardi B or Vivaldi, you can help them set up a great-sounding system without spending a million bucks. If they haven't checked out the latest speakers, they ain’t heard nothin’ yet!