With so many people working and learning from home, the idea of a consumer PC as distinct from a business PC may be losing traction. Indeed, it seems these new Lenovo laptops can switch from a Zoom or Teams meeting or class to streaming the latest movie pretty easily.

One of the new laptops, the Yoga Slim 7i Pro, also has AI-enhanced battery optimization and what Lenovo calls “intelligent thermals.” This AI program continually learns about the laptop’s workloads, then automatically ramps up for high-powered workloads, then quiets down to conserve energy.

The other 4 laptops extend battery life by running in any of 3 modes. The default, called Intelligent Cooling Mode, is an AI-enhanced feature that extends battery life by up to 20%. Users can also shift the devices into Performance Mode for heavy-duty tasks, or into Stealth Mode to reduce fan noise while viewing videos and movies.

All 5 of the new Yoga laptops offer Lenovo’s Vantage Smart Performance Services. This is a new self-diagnostic service that scans, detects and removes spyware, malware and adware. Vantage can also fix network and access issues, and it can give the PC an automatic tune-up, too.

Facial-recognition login is offered on 3 of the new Yoga laptops: the Slim 7i, Slim 7i Pro, and Slim 7 Pro.

Users can also upscale their video content up to FHD 1080p by using a machine-learning feature in the Windows Media Player known as Super Resolution.

Lenovo’s naming is a bit confusing — what’s the difference among the Slim 7i, Slim 7i Pro and Slim 7 Pro? More on that below. But one thing is clear: When the name includes the lower-case “i,” this indicates that an Intel processor is on board.

Today Lenovo announced pricing and availability for EMEA only. Here’s what we know so far:

Yoga Slim 7i: This 13-inch laptop is powered by a next-gen Intel mobile processor, including Intel’s forthcoming Xe graphics. It’s 0.55 in. thin and weighs 2.7 lb. You can load it with up to 16GB of memory and 1TB of SSD storage. Connectivity is offered via Intel’s Thunderbolt 4 and Wi-Fi 6. Harman speakers deliver clear sound, and the battery life is promised at up to 16 hours. Available in November, its retail price starts at €999 (approx. $1,186). 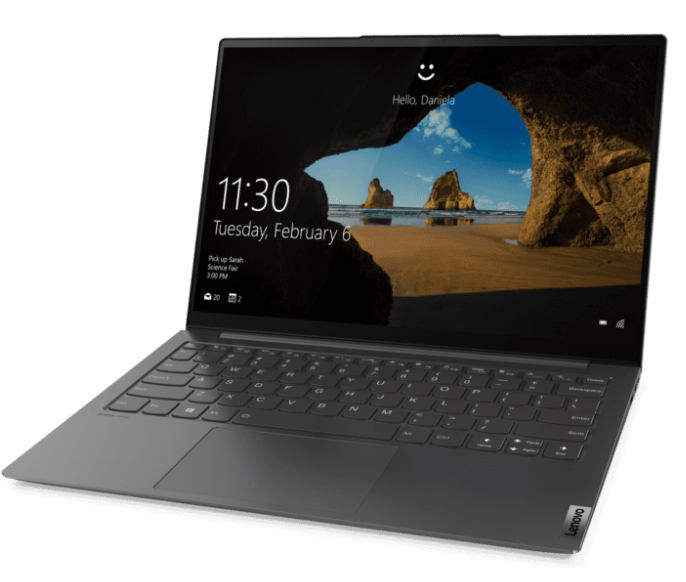 Yoga Slim 7i Pro: Similar to the Slim 7i, but with everything larger or better. You get a larger 14-inch display, beefier 32GB of memory, and longer 18-hour battery life. For graphics, the user will have a choice of either Intel Xe or Nvidia GeForce MX GPUs. This laptop measures 0.6 in. at its thinnest point and weighs 3 pounds. It will ship in November with retail prices starting at €899 (approx. $1,067). 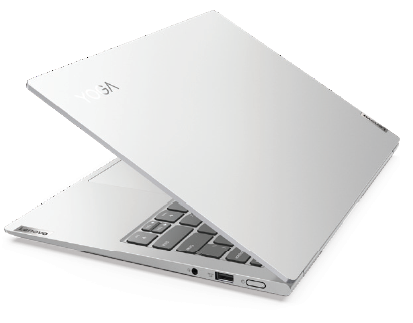 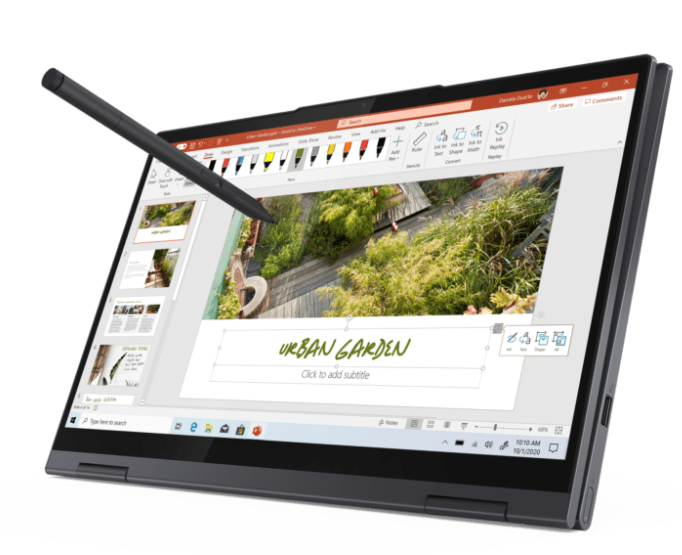 Yoga Slim 7 Pro: A 14-in. laptop powered by an AMD Ryzen 4000 series mobile processor. Battery life is set at 17 hours, and the device weighs a reasonable 3.2 lb. Shipments begin later this month, with retail prices starting at €799 (approx. $948). 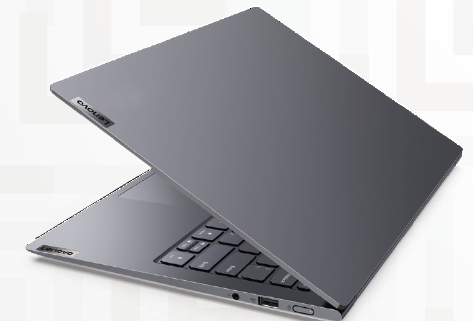 Yoga 6: This 13.3-in. convertible is also powered by an AMD Ryzen 4000 series CPU. You also get up to 18 hours of battery life, up to 16 GB of memory and up to 1TB of SSD storage. What’s really different is the case, which includes not only metal but also a “soft-touch” area wrapped in blue fabric. Shipments begin in October with a starting retail price of €899 (approx. $1,067). 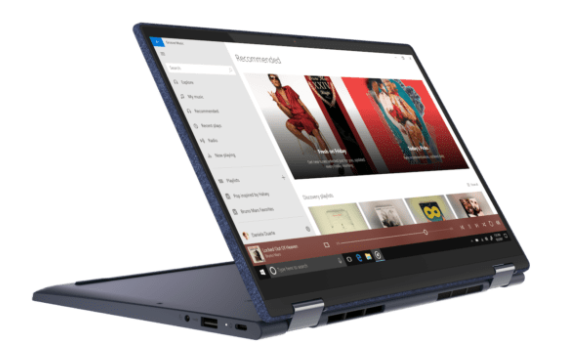