Over at Lenovo, summer has ended with a bang. In preparation for the big IFA consumer-technology conference, which starts Friday in Berlin, Lenovo last week introduced no fewer than 9 new PC products.

Wondering what’s new from Lenovo? Here’s your tech provider’s roundup. Note: because the devices are being shown in Germany, all prices were announced in euros. For the convenience of our U.S. readers, we've converted them here to US dollars:

Lenovo introduced two 13-inch laptops, both of which will be offered with the new 10th Gen Intel Core mobile processors and up to 16GB of DDR4 memory:

> The IdeaPad S340 weighs 2.8 lb., comes in 3 colors, offers Dolby front-facing mics, and has a battery life promised at up to 8 hours. Pricing and availability haven’t been announced yet.

The IdeaCentre A540 is Lenovo’s new and stylish all-in-one Windows 10-based desktop PC. Under the hood you’ll find a 9th Gen Intel Core processor. There’s also a choice of 2 display sizes: 24 or 27 inches.

The device’s base station doubles as a wireless charging station for Qi-certified smartphones and tablets. Charging works even when the PC is switched off. 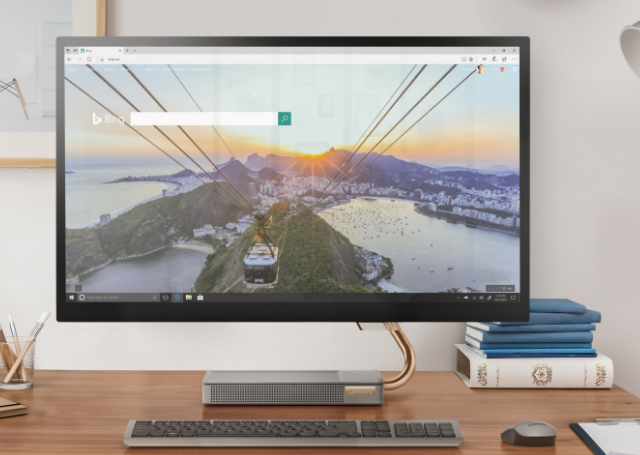 Other nice features on the A540 include JBL speakers, a QHD display option and integrated privacy shutter.

Lenovo says these 2 new devices are intended for millennial families:

> Tab M7: This 7-inch tablet is designed for fast web browsing and video playback. It weighs just 236 g. (approx. 0.5 lb.), and battery life is promised at up to 10 hours of video playback. Shipments will begin in October with retail prices starting at €99 (approx. $109).

These are the 2 new entries to Lenovo’s line of PC displays:

> L28u monitor: This 28-inch display can be used for both PC work and TV viewing. Cool features include anti-glare technology said to minimize eye fatigue. Shipments are set for October with retail prices starting at €349 (approx. $383).