HP says this convertible device combines the “viewability” of a 15-inch PC with the mobility of a 13.5-inch form factor. The device’s 14-inch diagonal screen is the first on a Spectre x360 device with a 3:2 aspect display. HP says that gives it about 20% more vertical viewing space than a conventional 16:9 display. 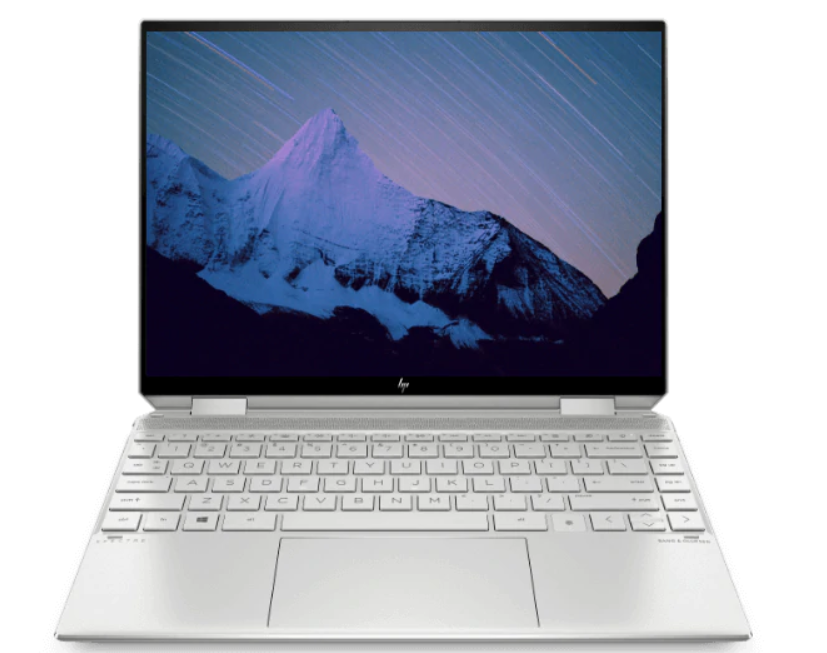 Under the hood, there’s the aforementioned 11th Gen Intel Core processor, built-in Wi-Fi 6 and Thunderbolt 4 connectivity, and a battery that can run without a charge for up to 17 hours.

HP says this is also the first Spectre with an all-in-one keyboard. It includes the power button, camera shutter button, mic mute, and fingerprint reader.

The HP Spectre x360 14 will be available later this month from HP.com, and next month from Best Buy. Retail prices will start at about $1,200.

Also, HP is upgraded 3 of its older devices with the new 11th gen Intel Core processors:

> Spectre x360 13: HP says the new CPU gives it a 35% performance improvement over the older, pre-Tiger Lake version. It’s available now from HP, with retail prices starting at about $1,200.

> ENVY x360 13: Designed for creators working at home. It’s available now from Best Buy, and next month from HP. Retail prices start at $950.

Also, sort-of-new is the HP Spectre x360 13 with 5G. As the name indicates, what’s new here is 5G, delivering up to 4x faster download speeds and up to 2.8x times better coverage with HP Dynamic Range. But hold your horses. Shipments won’t begin until early next year, and retail prices haven’t been announced yet.