A spate of new laptops designed for the post-pandemic hybrid workforce is hitting the market. Major players—including Acer, HP, Lenovo and Microsoft—are focusing intently on office workers who no longer want to work in the office, at least not every day.

The work from home (WFH) and hybrid work movements are growing fast. One big reason: People hate commuting. In a recent Gallup poll, more than half of office workers gave that as their top reason for working remotely.

The tech heavies have taken notice. Everyone, meet the new work/play/remote devices, Class of ’22.

Microsoft: Everything, everywhere, all the time

Microsoft’s new Surface Laptop Go 2 wants to hang out with you all the time. Call it technological co-dependency. This device has an overwhelming need to be your “Go 2” device, no matter where you are or what you’re up to.

This new Surface wants to collaborate with you on spreadsheets and PowerPoint decks. It wants you to pick up its optional Xbox controller and play games in the cloud. And it wants you to slide on a nice-looking pair of (also optional) Bluetooth headphones so you can snuggle together while watching a movie. 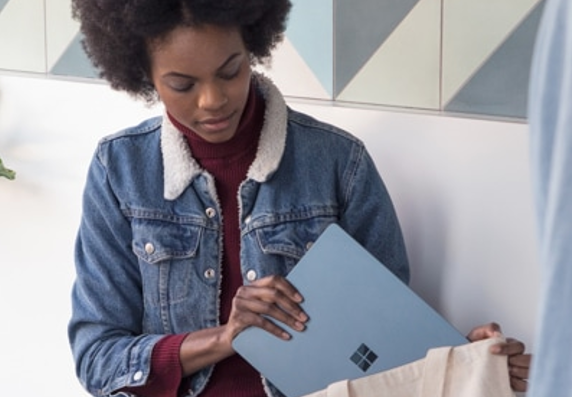 Surface Laptop Go 2 also wants you to deposit its lithe 2.5-pound body to your bag. That way, you two can be together at home, in the office, on the beach, at the kid’s soccer game, or anywhere else life takes you. And its retail price starts at a pleasingly low $600.

The word hustle appears in rather large letters at the very top of the press release for HP’s new cadre of work/play/remote-focused gear.

Looks like someone over at HP got the memo: During the pandemic, nearly 70% of creators started or expanded their freelance business.

In other words, the side-hustle is now way more hustle — and way less side.

To celebrate this dramatic realization, HP cordially invites you to whip out the ‘ol Mastercard and plunk down $900 to $1,600 on a new lappie designed to work, play and create in equal measure.

Priced at around $1,250, the new HP Spectre x360 will cost you almost twice as much as an entry-level Surface Laptop Go 2. Then again, the extra cheddar delivers a set of specs that run circles around Microsoft’s. 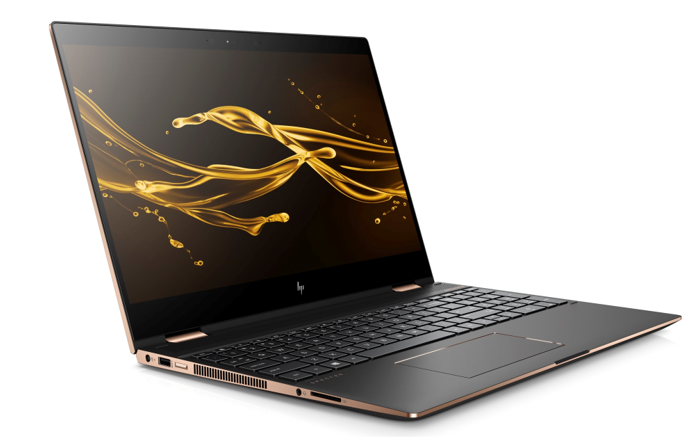 You need look only as far as the Intel processor to measure HP’s commitment to performance. Even the default chip is a whole generation beyond what Surface has to offer.

While Microsoft keeps prices low with last year’s silicon, HP is playing to win the performance game. It’s offering 12th gen Intel Core i5 and Core i7 processors running as fast as 4.7GHz.

If speeds and feeds are what you’re into, then shopping for one of these HPs won’t disappoint. Then again, we’ve been there, done that with high-res screens, high-speed SSDs and a whole bunch of RAM.

So what really tells the tale of HP’s mission here? It’s the proprietary software that comes loaded on every machine.

Sure, Spectre is still your run-of-the-mill Windows box. But HP took a play out of the Apple book by including thoughtful, tightly integrated software to sweeten the deal.

Things like Power Saver Mode, In-Bag Detection and Adaptive Battery Optimizer take the guesswork out of managing your power supply when there’s nowhere to plug in.

Plus, there’s HP Auto Frame and HP Dynamic Voice Leveling, which helps the 5 MP camera with sound and video. They’re designed to help you look better on your next Zoom, Teams or Meet video call.

HP wants to help you look your best by improving the lighting, the quality of your voice and — wait for it — your skin, teeth and eyes.

Yes, folks, HP wants to make you pretty. The company says its Appearance Filter is for “the 60% of us who are more self-conscious on camera than in real life.” Indeed.

Everyone else: Acer, Dell et al.

Are your customers partial to other PC brands? Most have you covered for remote work, too.

Acer’s offering is its ConceptD 5 laptop line, which features the latest 12th gen Intel Core CPUs, all the way up to the i9.

Lenovo wants to sell you a ThinkPad C14 Hybrid Workforce Solution (cue the drastic eye-roll about that name). It’s a Chromebook laptop for business users.

And Dell has half a dozen new laptops, too.

Bottom line: Rather than wasting countless hours in rush-hour traffic, we’d all rather stay home and literally phone it in. Now the top PC makers have the laptops to support us.

So go ahead and pick out something nice, whether for yourself, your employees or your customers. Find a piece of gear that works and plays hard, yet travels light.

Choose wisely, and you might find yourself able to work from anywhere in the world. Or just at home, with your feet up on the couch. That’s nice too.