The world’s best gaming PCs have lots of components in common. After all, how many processors and GPUs can perform such Herculean feats as running “Assassin’s Creed Valhalla” at 4K with ray-tracing enabled?

Among the most popular of these common components is Intel’s 10th gen Core i9-10900K processor. This CPU features a 20MB cache and 10 cores, each capable of boosting up to 5.3GHz. So it’s no wonder that the best gaming rigs have this engine under the hood.

But that raises a tough question: With so many AAA gaming PCs using the same components, what (if anything) sets one system apart from the others? Or as your customer might ask, Why would you select one system over the others?

A Dell by any other name

A case in point is the Alienware Aurora R11. Peer inside its otherworldly chassis, and you’ll spy a few must-have components. These include the optional Intel Core i9-10900K and the NVIDIA GeForce RTX 3090. With the Aurora R11’s price tag fast approaching $4,000, you’d expect nothing less.

But why would you or your customer choose the Aurora over a similarly spec’d machine from, say, Maingear or MSI? One important answer has to do with scale.

When it comes to scale, Alienware’s parent company, Dell, is a behemoth. Dell’s silicon tentacles surround the world, dominating disparate verticals from healthcare to civil engineering. Whether you find that reassuring or distasteful, the fact remains that when your Alienware-using customers need help, they’ll appreciate Dell’s tentacles a great deal.

That’s because owning an Aurora R11 comes with the benefit of Dell support. Dell technicians are standing by 24x7 to help stranded gamers. Whether your customer is located in Mississippi or Mumbai, they can have replacement parts shipped out fast. Plus, upgrades are always just a click away. Dell even makes its own displays and peripherals, so compatibility isn’t an issue here.

Pivot 180 degrees from Dell/Alienware, and you’ll arrive at famed boutique gaming-rig designer Falcon Northwest. Rather than take Dell’s macro view of the worldwide gaming landscape, Falcon NW opts for a micro approach. The company obsesses over every tiny detail to ensure that its high-quality hardware leaves gamers totally satisfied.

Falcon NW’s ultra-customizable Talon gaming PC offers the same Intel Core i9-10900K 10-core processor and GeForce RTX 3080 GPU as does the Aurora R11. But Falcon NW takes things one step further. It handcrafts what looks and feels like the Lamborghini of gaming PCs. 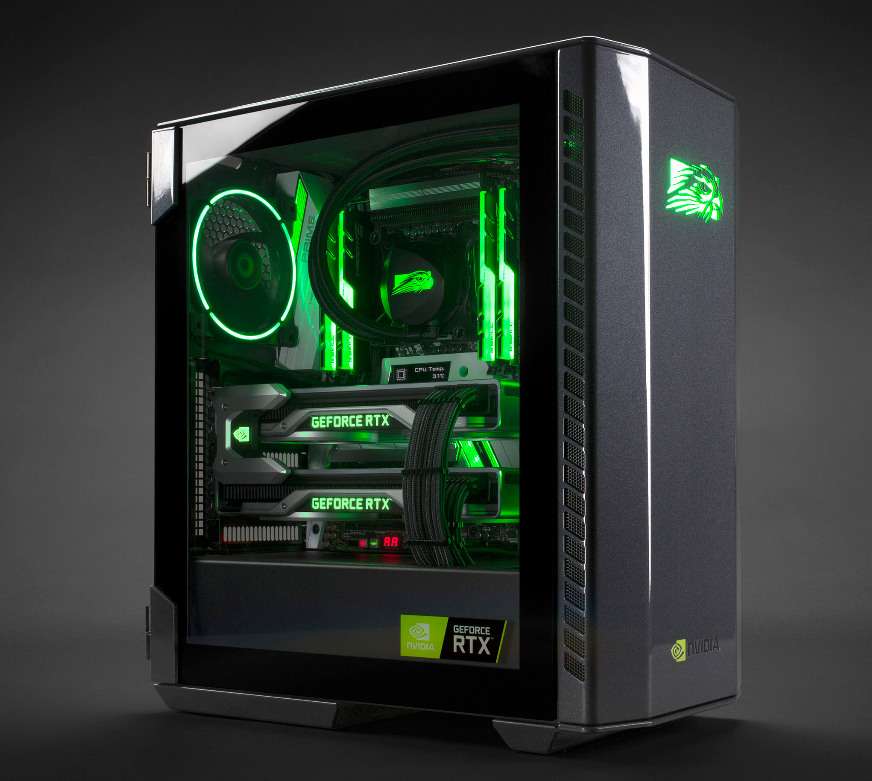 Falcon Northwest Talon: it's all in the details

Clocking in at around $4,900—or more than $1,000 above the Alienware—the Talon features some bells and whistles that help justify the price bump.

The internal design, for instance, is pristine. Every electrical lead, every data cable is meticulously gathered and secured to the interior chassis to promote airflow and reduce wear and tear.

Even the standard EVGA SuperNOVA G3 750W power supply is perfectly matched to Falcon NW’s system. A PSU like this provides enough overhead to support multiple graphics cards, coolers and solid-state drives. And it does so without the need for expensive, time-consuming upgrades.

Add to that a dizzying array of both technical and aesthetic options, and you come out with an Olympic-level gaming rig.

Have customers who need some money left over to address little expenses like food and shelter? They’ll be glad to know that MSI offers the MEG Trident X for around $3,300. That’s roughly $700 less than the Aurora rig and $1,600 less than Falcon’s. Yet you’ll never guess which processor you’ll find under the hood. 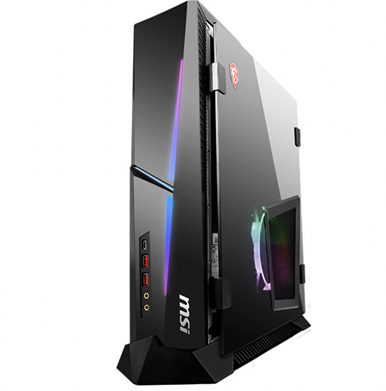 MSI MEG Trident X: barely 5 in. tall, yet packs a Core i9 punch

MSI’s lower price tag will still bring your customers that vaunted Core i9. Here again, Intel’s 10-core engine crunches 1s and 0s like it’s going out of style. All those cores operate at a minimum of 3.7GHz, but go ahead and overclock if you like.

But with this size discount, something’s gotta give. And with MSI, that something is the GPU. The MEG Trident X’s graphics options top out with the NVIDIA GeForce RTX 2080 Ti. Not to worry though, your customers will still be able to dial in upwards of 30 fps in “World of Warcraft: Shadowlands.”

MSI’s top-end gamer will not only save your customers money, but also takes up less of their precious office or home space. The Trident X box measures a diminutive 5.1 x 15.1 x 15.6 inches. That’s more than 3 inches shorter than the Aurora and nearly 4 inches narrower than the Talon.

Today’s gaming rigs may share some big-name components, they differ in lots of other important ways. Design ethos, build quality, and support infrastructure create chasms of difference. That’s true no matter how many components they share.

All this is good news for channel partners. Your customer base is made up of myriad unique personalities and needs. It’s good to know there’s a gaming PC that’s right for each of them. Vive la différence!