It’s becoming clear that the pandemic will be with us for some time. That’s changing the way people work, go to school, watch movies and much more. It’s also changing the kinds of PC devices your customers are looking for.

To meet this changing need, HP yesterday introduced a range of PC devices designed specifically for today’s hybrid work setups. In all, there are 6 new PCs and 3 new monitors.

“With workspaces at home becoming the status quo and businesses supporting their workforce both remotely and back in the office, the PC is essential,” said Andy Rhodes, HP’s global head of commercial personal systems.

HP introduced the devices this week at its 2020 HP Reinvent partner event, which this year was held virtually. Here’s a quick look at what’s new from HP:

The new 635 Aero G7 is a light (approx. 2.2 lb.) laptop powered by an AMD Ryzen 4000 processor and equipped with built-in Wi-Fi 6 and 4G LTE connectivity. In a sign of the times, HP says the device can withstand 1,000 cycles of disinfection with household wipes. Shipments are set for November; prices have not yet been announced. 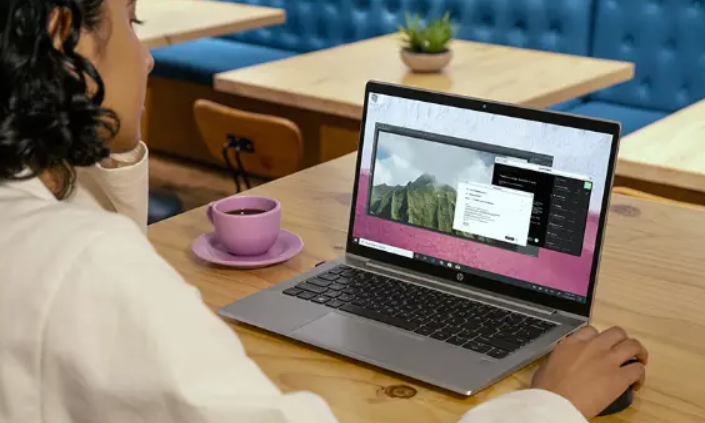 The ProBook 600 G8 and 400 G8 are both powered with the latest 11th gen Intel Core processors, up to the i7, and they’re designed for business pros who will be working sometimes from home, sometimes from the office. These laptops — available in a choice of 13-, 14- and 15-inch displays — will both commence shipping in November. The 600 weighs 2.8 lb. and has a starting retail price of just under $1,170, while the 400 weighs 2.8 lb., and its retail price starts at about $730.

These are small form-factor desktops have been designed for users who will be working solely from home, and who need to conserve space. There are 2 new models:

The HP EliteDesk 805 G6 Desktop Mini PC makes the most of tight spaces. It will begin shipping in November with retail prices starting at about $940. As this photo shows, the PC can be attached to the terminal’s stand: 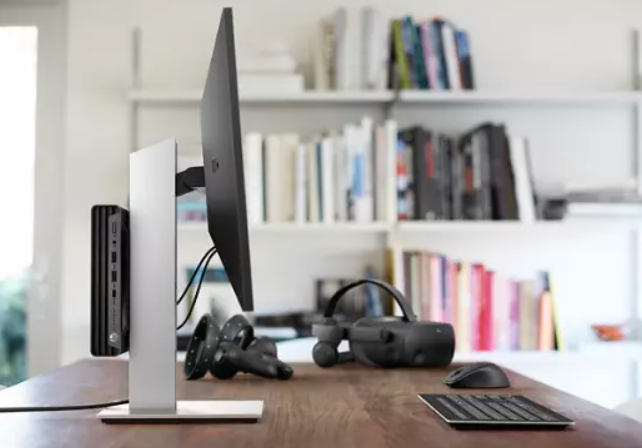 The HP EliteDesk 805 G6 Small Form Factor appears to be pretty similar, but with an AMD processor and the ability to handle two M.2 drives. Shipments are set to begin in October, and retail prices will start at about $930.

Both devices operate quietly, too, thanks to a feature called HP Run Quiet Design acoustics.

HP has not provided much in the way of details on the HP ProDesk 405 G6 Series. But it has said the device will be powered by an AMD Ryzen Pro processor, so that's something. This desktop PC will ship in November, with retail prices starting at about $650.

With everyone now endlessly on Zoom, Teams, Skype, etc., HP is offering 2 of what it calls “conferencing monitors.”

These monitors, the HP E24d and HP E27d, each include an integrated webcam, mic and attached speaker bar. These kinds of items are hard to get right now, so your users should appreciate having them as part of the package. Also included is a dock that lets the user attach their laptop and other essentials with a single USB-C cable. 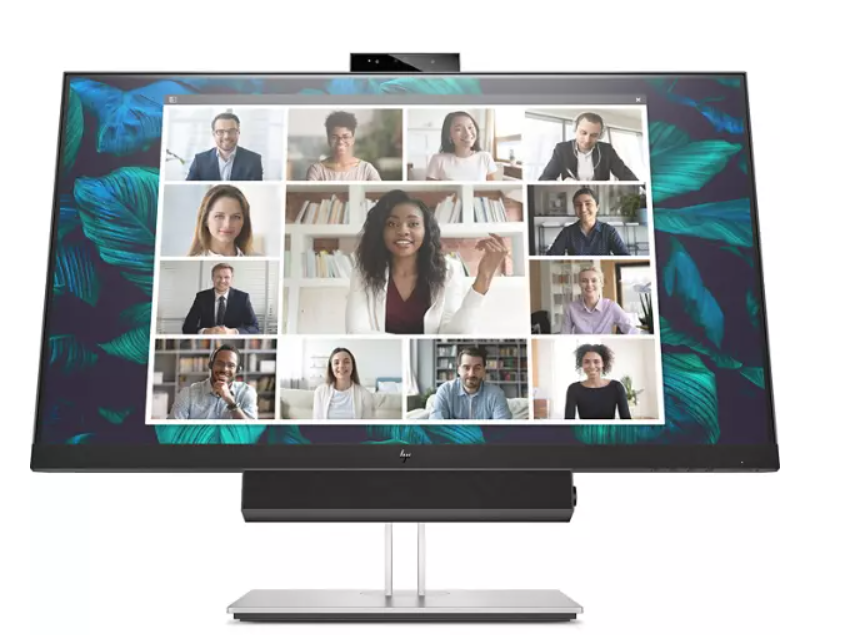 HP also introduced the HP E24t G4 FHD Touch Monitor. I have no idea what “E24t G4” refers to, but FHD means full high-def. HP also says the color accuracy is high, thanks to a feature known as HP Eye Ease. Shipments don’t start until December, and the retail price has been set at just under $350.