With so many schoolkids now learning remotely due to the pandemic, the need for widespread access to computers and the internet is urgent. Yet an estimated 30% of U.S. schoolkids lack either internet access, laptops or both.

Intel wants to help. Over the last 15 years, Intel has invested $1 billion in education worldwide. That includes training for more than 15 million teachers.

As part of this initiative, Intel is now partnering with a tech distributor and a nonprofit group run by a rapper to provide laptops to students in Chicago.

The nonprofit group, SocialWorks, is based in Chicago, where it aims to empower local youth with the arts, education and civic engagement.

SocialWorks was founded in 2016 by rapper, singer, songwriter and music producer Chancelor Bennett, known professionally as Chance the Rapper. “It’s our duty to help the next generation,” he says. “Kids are literally the future.” 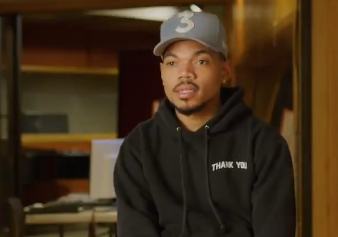 Chance the Rapper: 'It's our duty to help.'

SocialWorks recently partnered with Intel and tech distributor CDW. Intel has committed $250,000 to the program, both to buy laptops that students in Chicago will use for remote learning and create learning spaces for them.

Some of the PCs are being used by deaf and hard-of-hearing students whose families would otherwise lack access to computers. “I’ve seen these students grow so much since we’ve started the pod,” says Tori Niestrom of SocialWorks.

The group’s executive director, Justin Cunningham, adds: “The Intel and CDW SocialWorks collaboration is going to impact hundreds of students for years to come.”

> Watch a short video on the Intel/CDW partnerhip with SocialWorks