Schools may be buying up all the laptops, but tech providers can still offer cheap and convenient solutions for at-home learning.

Not since the flu epidemic of 1918 have we had to keep children away from school this long, with no end in sight. As of today, we don’t know when — or even if — schools will return to normal.

But we do know that virtual learning is more vital than ever. And the technology that powers it is in demand like never before. In fact, demand is outstripping supply as both schools and parents struggle to meet the novel demands of virtual classrooms.

“Schools around the world are already scrambling to procure notebooks for their students,” said IDC researcher Jitesh Ubrani. “The excessive demand, some short-term component shortages, and general uncertainty about the upcoming school year have led many schools to purchase as many units as they can.”

Windows 10 on a stick

One cheap and convenient solutions for at-home learning is the thumb-drive-sized Terryza Mini PC Stick. It starts at just under $100, and tops out around $175 when you add 8GB of memory and 120GB of storage.

This Mini PC plugs into the HDMI port of any compatible monitor or TV — no desktop required. The only things you’ll need to add are a Bluetooth keyboard and mouse. 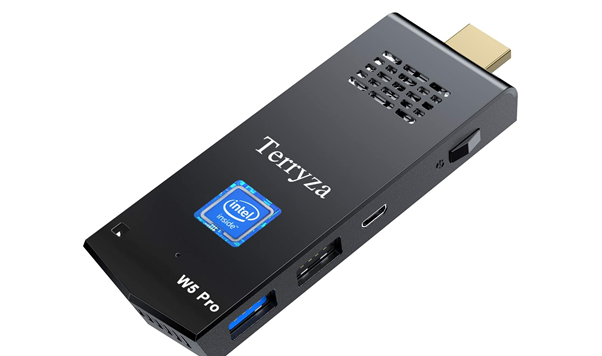 Once the device boots up, students will have access to a full version of Windows 10 Pro. That means they can run any Windows-compatible application or tool.

Sure, the Terryza Mini PC Stick offers less power than a conventional PC. But the Intel Atom processor with 2GB of DDR3L memory and 32GB flash storage stand up remarkably well to the rigors of digital learning.

Google in the classroom

Cheap Chromebooks are flying off the shelf as educators adopt Google Classroom en masse, so it may be hard to put your hands on an ASUS or Lenovo Chromebook. But Google’s own Pixelbook Go is available directly from Google, as well as from major retailers including Best Buy.

To be sure, the Pixelbook Go is more expensive than the competition. The basic version retails for around $650, or about $100 more than the ASUS Chromebook Flip. But the extra money pays for the Pixelbook Go’s sleek (13 mm) and light (2 lb.) magnesium body, an all-day battery, and one of the best keyboards around.

Under the basic system’s hood you’ll find an Intel Core m3 processor supported by 8GB of memory and a 64GB SSD. The display is a 13.3-inch touchscreen.

As the price goes up, so does the power. For just under $1,400, Google will install an Intel Core i7 quad-core processor and 16GB of DDR4 RAM. The top-of-the-line version also includes a 4K UHD screen bearing the company’s Molecular Display brand.

Back in the day when Google was a mere search engine and Windows was strictly for business, Apple was elected class president in a landslide. Since then, the situation has changed. But you’ll still find a lot of educational value in Apple’s famed iPad.

In addition to being in good supply, the iPad also offers two things Windows and Chrome utterly lack: the cool factor and creative cred. 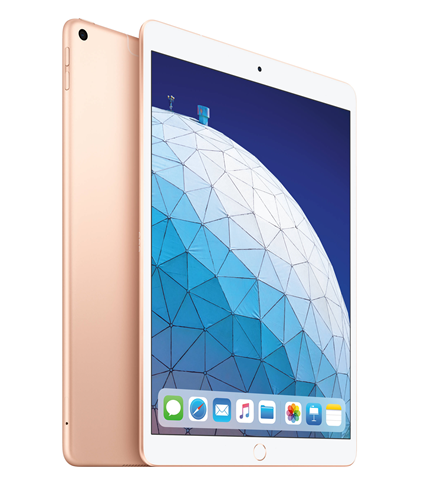 Apple iPad Air: Earns an A for style

Young, aspiring musicians, designers and auteurs appreciate Apple’s attention to all things creative. The rest of the student body may be equally impressed with a thoughtful OS, access to the world’s most successful app store, and the inherent mobility offered by a slim slate.

Apple’s iPad Air starts at around $500 with an A12 Bionic 64-bit processor and 64GB of storage. The touchscreen measures 10.5 inches, and the whole thing weighs just a pound. To complete the setup, you can offer an optional keyboard and Apple Pencil stylus. Though not necessary, they make a nice set.

Bring on the learning curve

In the midst of a pandemic, “back to school” has taken on a whole new meaning. Children’s safety tops everyone’s priority list. Traditional classrooms are out. And virtual learning is in.

For students, parents and teachers, it’s a challenging time. But for tech providers, this could be a great opportunity to make a real difference in the education vertical.

Now’s the time to offer much-needed educational solutions to your customers. You may also win back some economic stability in the process, and pull out a win for 2020. Good luck!