Dell’s new laptop just might be the smartest, fastest PC around. Called the Latitude 9510, the device comes with not only the latest high-end Intel mobile processors, but also both AI and 5G built in.

The 9510 is part of a new Latitude family of PCs that Dell introduced this week, just a few days before the doors open onto the big CES 2020 conference. Dell says the Latitudes help usher in a “new era of PCs and displays.” 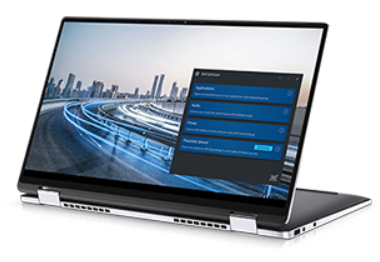 That may be a bit over the top. But on paper, the new Dell Latitude 9510 looks impressive. This 15-inch laptop is powered by a 10th Gen Intel Core processor (up to i7) with Intel vPro technology. Connectivity comes built in with Intel Wi-Fi 6 and 5G mobile broadband capabilities. Battery life is promised at up to 30 hours, roughly twice what most new laptops offer. And the laptop weighs in at a reasonable 3.2 pounds.

The coolest features are those based on the system’s built-in artificial intelligence. Dell says its new Optimizer software uses AI and machine learning to improve performance in 4 key areas:

> Productivity: Dell’s ExpressResponse feature uses machine learning to launch frequently used applications faster, switch quickly between them, and improve overall application performance — all based on its observations of the user’s preferences.

Shipments of the Dell Latitude 9510 are set to begin on March 26, with retail prices starting at just under $1,800.

If you’re wondering how AI can help your PC-using customers, wonder no more. Dell’s Latitude 9510 is one smart laptop.