At this week’s CES 2020 show in Las Vegas, Samsung lobbed a curvy bombshell at the gaming community: the new Odyssey G9. This big, curved screen creates a new standard for display technology, one the rest of the industry could find tough to live up to. 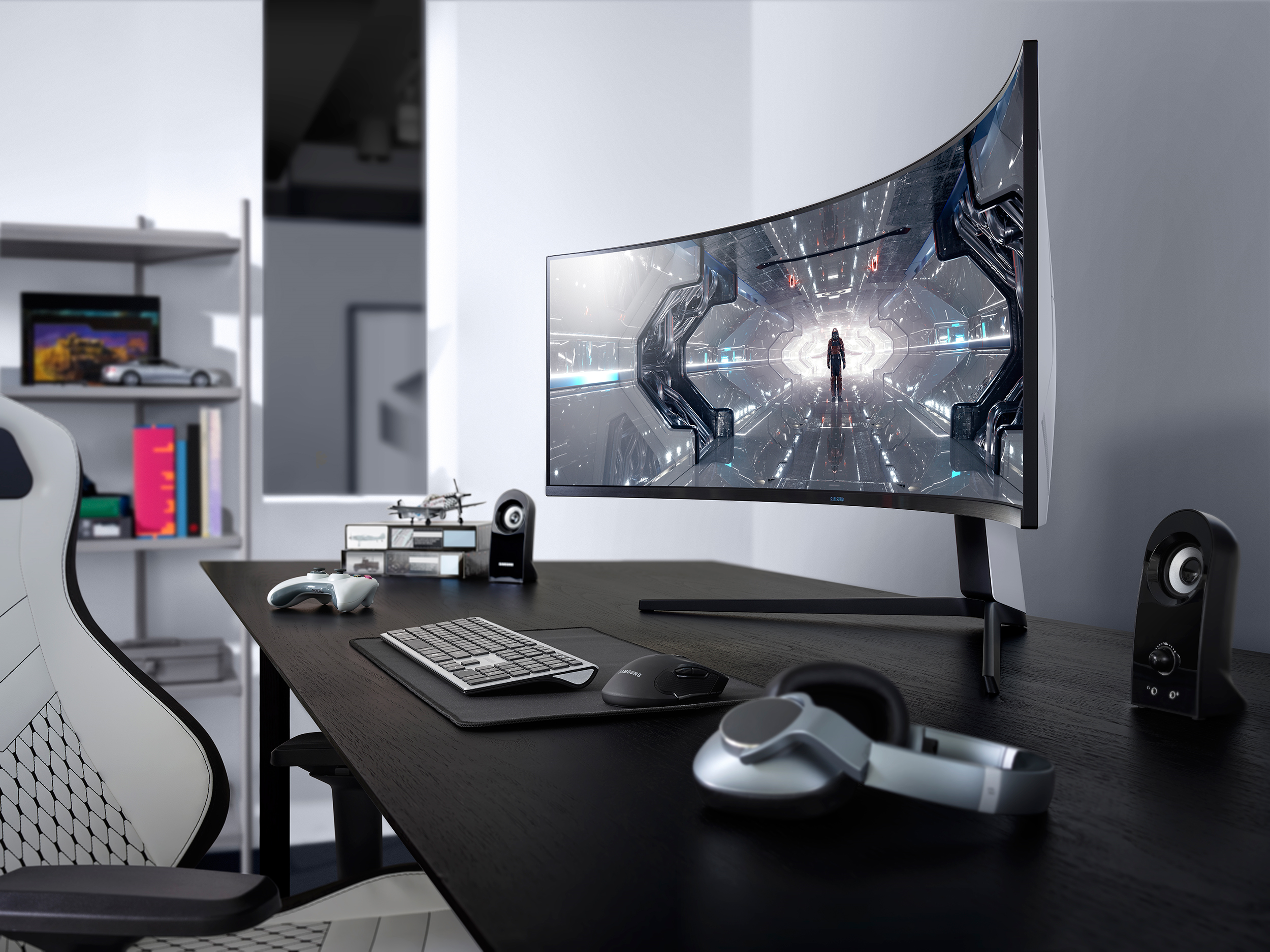 Curved displays are measured by the radius their curve would deliver if it formed a complete circle. The smaller the circle, the greater the curve.

Curved monitors get measured by their implied radius

In the case of the Odyssey G9, that circle would measure 1,000 mm (roughly 39 in.), or 1000R. Previously, Samsung’s best efforts produced a curvature radius of only 1800R. Again, the smaller the circle, the greater the curve. So this marks a big step forward.

But this also risks over-crediting the Odyssey G9’s most obvious feature — its super-sexy curve. That would give short shrift to the display’s other specs, which are frankly staggering: a 49-inch, 1440p viewing experience with a 1ms response time and a refresh rate of 240Hz.

However, very few  gaming PCs today can push that 240Hz on the latest competitive gaming titles. So until PC tech catches up, what Samsung is offering here is mostly potential. But you can bet that will change soon.

Worth the extra cash?

Samsung has been tight-lipped about the Odyssey G9’s retail price, as well as the prices for its smaller brethren, the 32-inch and 27-inch G7 monitors. That makes it hard to determine whether you should go into debt for one of these things.

Circling back to the ever-present gaming maxim that “faster equals winning,” does it even matter what Samsung charges for the Odyssey? Let’s face it, the pros will pay whatever it takes to get an edge on the competition, especially with their multimillion-dollar budgets.

Gamers will tout the Odyssey G9’s industry-leading immersion as an aid to their peripheral vision, needed to spot an oblique attack angle before it’s too late. And they’ll justify the extra expense by imagining the 7-figure prize money in their pockets, having trounced the competition by receiving and reacting to information earlier, if only by milliseconds.

How the curves curve

How do these curved screens work, anyway? Well, originally, engineers tried to simply bend a standard flat screen. A nice idea, but just try to bend the screen you’re reading this on now, and see how well that works. Needless to say, this approach didn’t last long.

The real breakthrough came with the advent of flexible glass. Engineers figured out how to apply LCDs to its curved surface, and without producing picture distortions. The rest, as they say, is history.

As with most tech, the curved-monitor game is all about better, faster, cheaper. To wit: Samsung’s Odyssey G9 actually offers better visuals via its ultra-high resolution, curved surface. And at CES 2020, it delivered every pixel far faster than the competition.

How about cheaper? Well, not quite yet. New tech costs more to develop and manufacture.

However, new tech has a way of becoming old tech very quickly. And old tech costs less to produce as designers push past their initial R&D expenses and realize manufacturing economies of scale.

Samsung’s monitor is here now to dazzle your high-end customers — and give your other customers a glimpse of the future, once prices come down.

One day, we’ll wake up to realize flat displays are a thing of the past, like CRTs and VHS tapes. We’ll be surrounded by 360-degree displays that respond to our touch, our eyes movements, perhaps even our thoughts.

That future is coming sooner than you think. See you there.