You probably know that Chromebooks are the favorite PCs for K-12 schools, but did you know that Google’s Chrome OS is all grown up and ready for business too?

For proof, you need only look as far as Chrome Enterprise. It’s a business-centric collection of software and devices designed for SMBs and enterprises.

The enterprise version of Chrome OS isn’t all that different from the standard user and education versions, but there are some important add-ons. They include Active Directory integration, advanced security protection, access to enterprise device policies and kiosk mode.

Making the case for Chrome

Why would your customers want RC Cola when they could have Coke or Pepsi? After all, most of the business world runs on Windows.

The answer has much to do with Chrome’s unique operating paradigm. Unlike a traditional OS, Chrome is more of a cloud interface. It connects to cloud-based apps, and it saves data not to the PC’s internal hard drive, but instead to a storage drive somewhere in the cloud.

IT managers may prefer this method because it adds another degree of security. Keeping apps and data in the cloud instead of on a local drive helps to prevent ransomware attacks and obviates lengthy security updates.

Sure, cloud providers can be hit by ransomware too, but their security measures are more robust that most. Cloud providers are also careful to keep applications current and fully patched.

Chrome’s method also makes it easy to switch and share hardware. With all apps and data in the cloud, you simply grab the nearest Chromebook, login, and get to work.

Chromebooks for the C-suite

Are your customers ready to do business with Google? If so, they have lots of choices. Most major OEMs — including Lenovo, Dell, Acer and ASUS — offer at least one Chromebook for business.

Or maybe your customer is looking for something more, the crème de la crème of Chromebooks. If premium gear is on your customer’s menu, a new HP laptop could be just what they’re looking for.

The HP Elite Dragonfly is about to graduate to generation 3 — the expected release is sometime before the end of June. With this version, the Elite Dragonfly, which normally runs on Windows 11, will offer an option for Chrome OS. 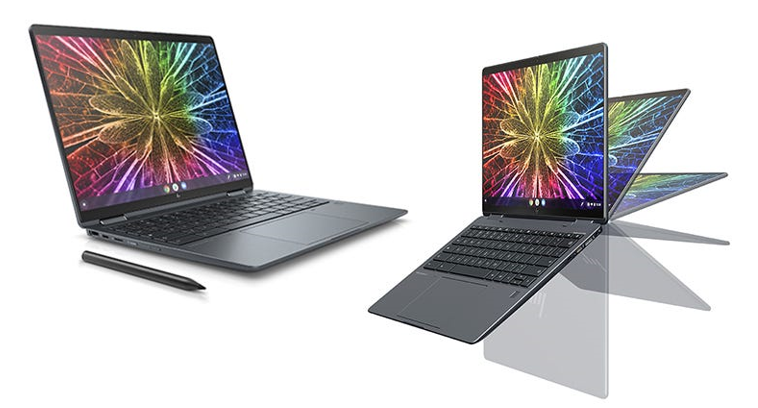 New hardware features are expected to include a haptic trackpad, fingerprint sensor and privacy screen. Under the hood, you’ll be able to configure the new Dragonfly with a 12th gen Intel Core processor, up to 512GB of SSD storage, and up to 32GB of RAM.

This will also be the first Dragonfly Chromebook to feature Intel’s vPro platform, which adds additional layers of enterprise-level security and connectivity.

Is there a catch? Yup, there’s always a catch. In this case, it’s the price tag.

HP hasn’t revealed the magic number yet, but all signs point to a price similar to that of the Gen 2 Elite Dragonfly. That second-gen PC starts at around $1,800 and, when configured with all the trimmings, rockets to over $3,300.

Chromebooks for the masses

If your customers like the idea of Chromebooks for business, but would prefer to keep hardware costs on the shady side of $1,000, you might want to introduce them to the new HP Pro c640 G2 Chromebook Enterprise.

And the Pro c640 G2’s relatively low weight — a little over 3.2 pounds — makes it ideal for workers on the go in this new post-pandemic, hybrid-work world. 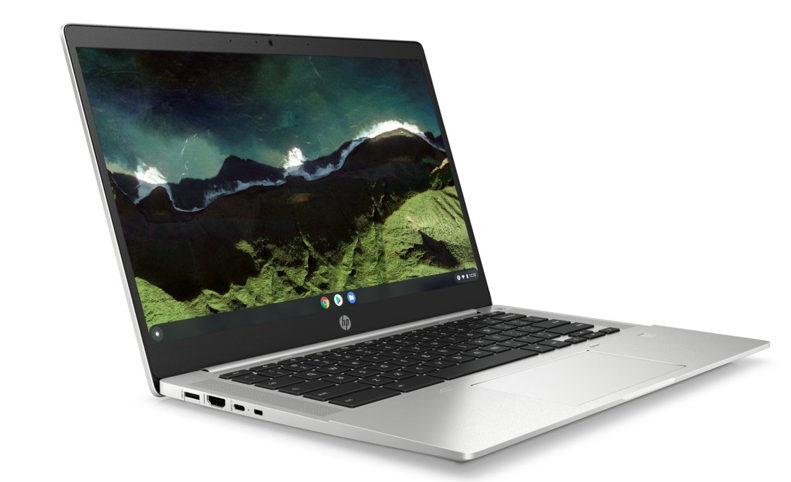 Top-level specs include an 11th gen Intel Core i5 processor, 128GB of SSD storage, and 8GB of DDR4 memory. Unfortunately, the latter is soldered to the motherboard, which means it can’t be upgraded or replaced.

The c640 has a decent array of ports, including two USB-C ports and an HDMI connection. And the 14-inch display offers FHD visuals with a maximum resolution of 1920 x 1080.

But don’t expect to look like a supermodel on a Zoom chat. The webcam supports a max resolution of only 720p, a downright anachronistic spec in a world where so many of us are “zooming” to work.

It’s good to have choices. Sure, Windows still enjoys a market share of over 90%. And, yes, Mac is still the go-to creative platform. But both Microsoft and Apple are creating products based on the same software and hardware models in use since the dawn of the computer age.

Google, on the other hand, is working hard to offer the world a smart, new way to work, learn and play.

Is Chrome Enterprise right for your customer’s business? The best way to find out is to consider all the options, choose the right hardware and give Google’s cloud-based platform a try. Who knows, your customers just might like doing business in the cloud.