This year’s big CES conference in Las Vegas isn’t quite as big as the organizers had hoped. Yet that hasn’t stopped leading PC vendors.

Due to the pandemic, some tech companies are attending CES 2022 only virtually, and some aren’t attending at all. Also, the event’s organizer, the Consumer Technology Assn., is closing the show one day earlier than originally planned — this Friday — also due to the pandemic.

Yet just about all the top-tier PC vendors are using CES 2022 to introduce new PCs. Many are Windows 11 systems powered by the new 12th gen Intel Core processors. 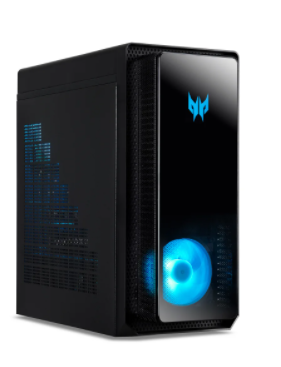 Acer also revamped its high-end gaming desktop, the Predator Orion 5000 series. These systems now feature Windows 11 and 12th gen Intel Core processors, up to i7. You’ll also get an Nvidia GeForce RTX 3080 GPU, up to 64GB of DDR5 memory, and up to 2TB of SSD storage. Shipments are set for February, and retail prices will start at about $2,600.

Also revamped are 3 Acer gaming laptops, all gaining the new 12th gen Intel Core processors. These are the Predator Triton 500 SE, Predator Helios 300, and Nitro 5. Shipments are set for the spring, and retail prices will start at $2,300 for the Triton; $1,650 for the Helios; and $1,040 for the Nitro. 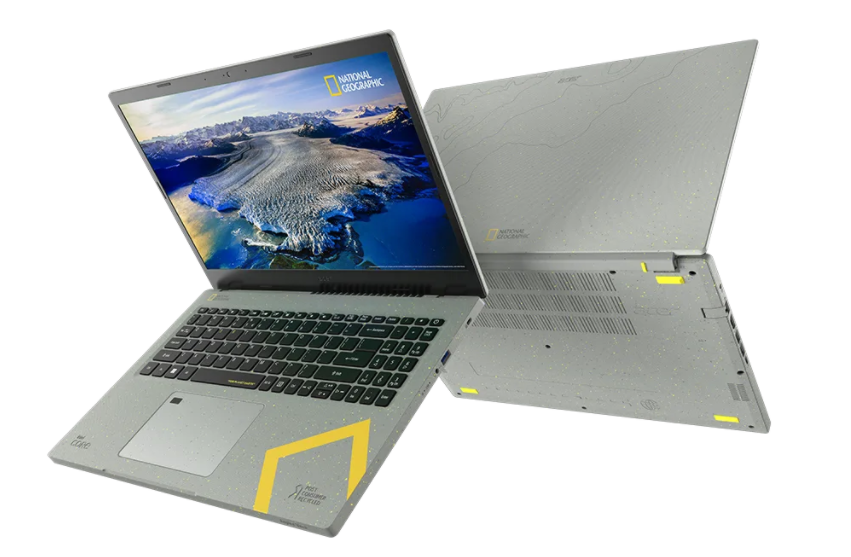 The laptop’s chassis is 30% post-consumer recycled (PCR) materials. The keycaps are 50% PCR plastic. The inner packaging is a reusable box. And the packaging includes 85% recycled paper and a 100% industrial recycled plastic laptop sleeve.

U.S. pricing hasn’t been announced yet, but in France this Acer laptop will sell for €900 (roughly $1,016) starting in March. 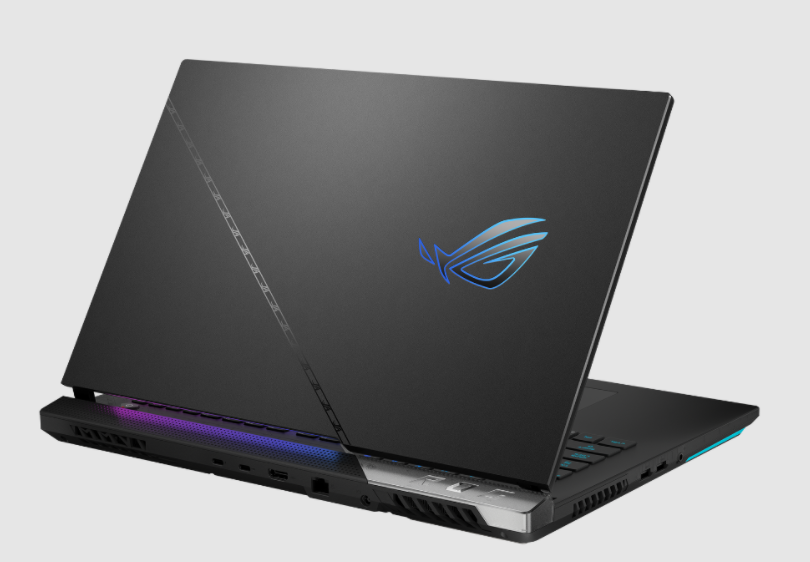 You also get Dolby Vision HDR for full-spectrum visuals, a large trackpad, 4 speakers with Dolby Atmos spatial sound, and AI-powered noise-cancellation filters for both incoming and outgoing communications.

Pricing and shipping dates haven’t been announced yet.

HP announced over a dozen devices — including PCs, monitors and webcams — all designed for the new world of hybrid work.

“Hybrid changed everything,” says HP’s president of personal systems, Alex Cho. “We now have more freedom to be productive and creative from anywhere.”

Among the new devices is the Elite Dragonfly Chromebook, which HP says is the most advanced CB for business. It’s powered by Intel vPro processor tech. 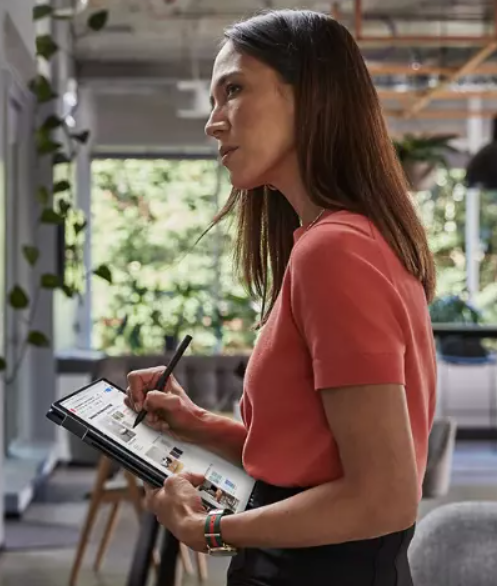 HP Elite Dragonfly Chromebook in use

This HP Chromebook uses a “haptic trackpad” said to give greater responsiveness and accuracy. The Chromebook is also enhanced by HP Presence, a portfolio of collaboration and conferencing solutions

Shipments are set for April; retail prices have not yet been announced. 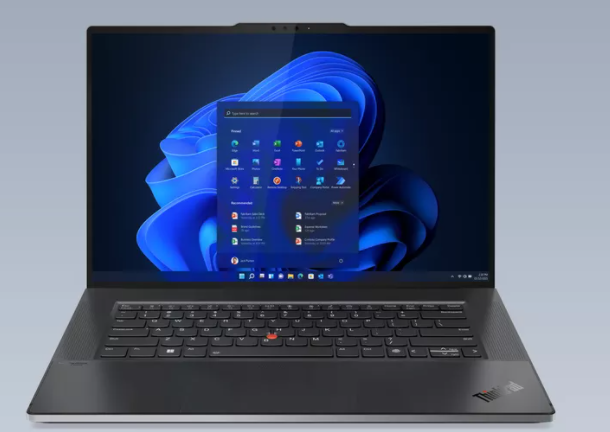 On both, the packaging is made from a mix of 100% recycled materials and compostable bamboo and sugarcane. The AC power adapter uses 90% post-consumer content.