Well, it had to happen: former President Obama and Bruce Springsteen have a podcast together. So do Rob Lowe and Oprah (obvs!).

There are now so many podcasts, it’s as easy to find commentary on turbocharging a 1984 Datsun 300ZX as it is to catch up on President Biden’s latest speech.

As of last month, there were more than 2 million active podcasts offering a total of 48 million episodes, according to Podcast Insights’s, uh, podcast insights.

Do you or your customers have a podcast? If so, the almighty electronics marketplace has your back. Let’s take a look at a few choice pieces of high-tech podcasting gear.

The RØDE to podcasting excellence

If you know about microphones, you probably know the name RØDE. It carries some serious cachet. That may be as good a reason as any to assume the RØDECaster Pro personal mixing console can help produce high-quality podcasts.

At just shy of $600, it ain’t cheap. But what this mixing console lacks in reasonable pricing, it more than makes up for in features, sound quality and ease of use. 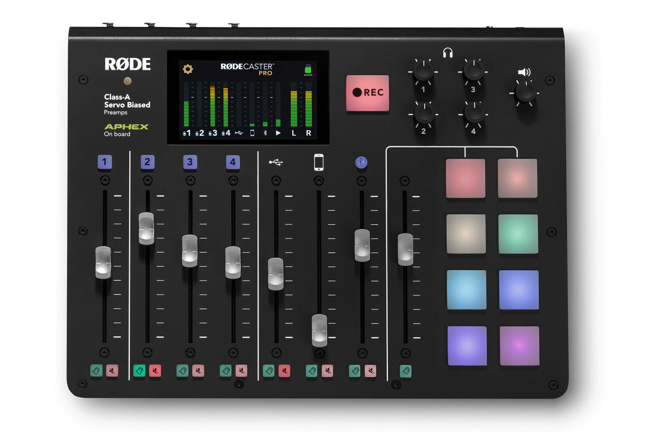 With 4 discrete microphone inputs, the RØDECaster Pro lets you record up to 4 (vaccinated) people in 1 room. And because of the pro-audio industry-standard XLR mic inputs, this podcasting mixer is compatible with just about any professional mic in the world. Take your pick: anything from the venerable—and cheap—Shure SM58 to the nearly $11,000 Sony C800G Studio Tube Condenser. (How much you wanna bet Obama and Springsteen are using the latter?)

And if you’re on the go, RØDECaster Pro can store your session on an internal SD card. The mixing board can also act as a USB audio interface that sends an audio file to your Mac or Windows PC.

The RØDECaster Pro also has user-programmable buttons, 8 in all. They let you trigger theme music, sound effects, or just about any other prerecorded material you can think of.

So here’s the sitch: You’re shooting a video podcast showing how you make the world’s most divine zabaglione. You also happen to be shooting alone in a rather large kitchen. So large, that when the camera is pointed at the counter by the sink, the stovetop is out of the shot. What’s a chef to do?

If the chef has a Pivo auto-tracking device, there’s no problem.

Pivo looks a bit like the bottom of a travel coffee mug. A gripping mechanism on the top holds your mobile phone. Then it swivels to and fro automatically to keep track of either your face or body. 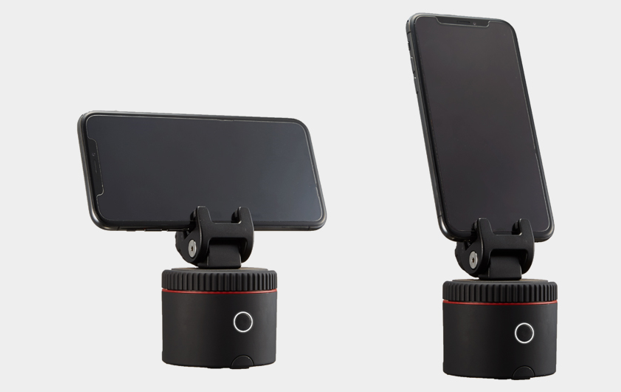 Pivo (with phone in place): follow the action—in portrait or landscape mode

A Pivo will set you back anywhere from $100 to $150, depending on model. But at least the companion app, available for both Apple and Android smartphones, is free.

To use it, you just snap your phone into the Pivo’s gripper, in either portrait or landscape mode. Then tell Pivo to start tracking you, and hit Record.

As you move around, Pivo will continually center you in the shot. If you happen to wander entirely out of frame, Pivo can automatically rotate the camera up to 40 degrees in either direction horizontally. Any more than that, and you’ll need to reshoot.

Multitrack recording consoles and rotating camera-phone stands are all very fine and well. But what if you simply want to get down to podcasting business?

Enter the Shure MV5 microphone, It’s a simple option that retails for just under $80.

The MV5 is a simple condenser mic that connects to just about any USB- or Lightning-equipped device. Total setup? Just plug it in. 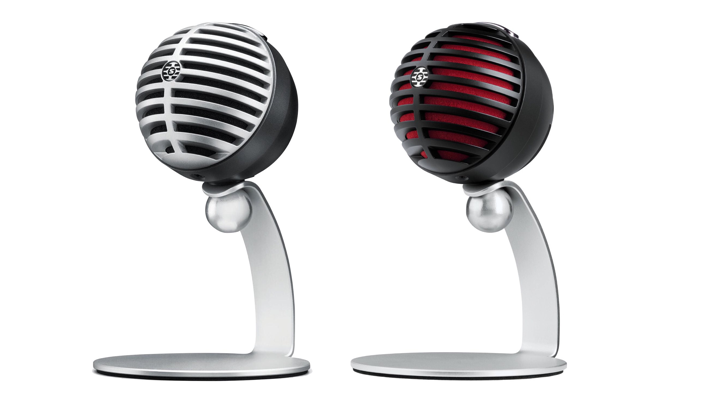 Most up-to-date desktop and mobile operating systems will quickly recognize the Shure MV5  and then automatically select it as the primary audio-input device. From there, use either your favorite audio software or the ShurePlus MOTIV audio app (included at no extra cost). Then just hit Record. Simple!

You can consider the aforementioned products for what they are—solid, reliable podcasting devices. But you could also see them as examples of larger product categories.

For example, for every RØDECaster Pro, there are dozens of other personal mixing consoles. And for every MV5, there are legions of USB mics with staggering arrays of features and price points.

That’s great news if you’re in the market for podcasting gear. Competition is fierce, and that’s usually good for consumers.

It’s also good news if you’re in the business of selling podcasting gear. As the number of active podcasts reaches into the millions, it’s good to know that a gaggle of potential customers is just a click away.

Hey, that would be a good subject for a podcast, no?