Has the foldable phone revolution begun? That’s the multibillion-dollar question as tech titans including Microsoft and Samsung push high-priced folding handsets into a flagging market.

Your mission, should you choose to accept it, is to decide whether foldable phones represent a lucrative opportunity … or a waste of precious resources.

But all that may be about to change.

With the new Surface Duo, Microsoft has made a laudable, even impressive, attempt at defining a brand-new hardware category. Once all the bugs are converted to features, and once Microsoft’s dual-screen web API goes mainstream, the Duo magic will finally happen. 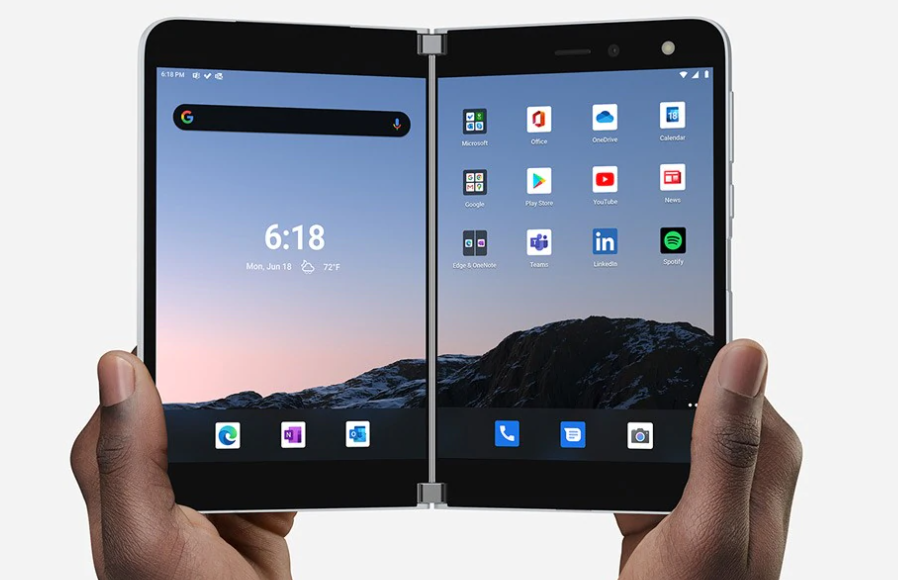 Exactly when that will be is anyone’s guess. Joanna Stern, a tech writer for The Wall Street Journal, says the current Surface Duo isn’t ready for prime time. In her recent review, Stern compared the Duo to a steak taken off the grill too soon.

That said, Stern did recognize its tremendous potential. “When it was working,” she wrote, “the Duo felt like the first real innovation in smartphone design I’ve seen in years.”

The Surface Duo sells for around $1,400, or nearly $500 more than Apple and Samsung’s flagship smartphones.

What does all that cash get you? Quite a lot. First, two 5.6-inch PixelSense AMOLED displays. In addition, the Surface Duo features a Snapdragon 855 processor, 6GB of DRAM, and up to 256GB of internal storage. Unfortunately, the specs do not include 5G compatibility.

Convenience is also on the Surface Duo’s menu. The universal hinge at its center means a user can literally bend the device to their will. Possible configurations include:

> Single-Screen Mode: One 5.6-inch screen folded behind the other

> Compose Mode: The device turned sideways, like a laptop

> Tent Mode: The device standing up in an A-frame shape for hands-free media watching

Samsung’s Fold2 is misnamed, since this is actually the company’s third generation foldable device. Previous iterations displayed the same close-but-no-cigar vibe the Surface Duo gives off. But this time, Samsung seems to have gotten it right.

The design of Galaxy Z Fold2 5G is straight out of the Apple playbook. It’s sleek, minimalist and drool-worthy from every angle. And unlike Surface Duo, it feels compact despite its enormous 7.6-inch main screen. 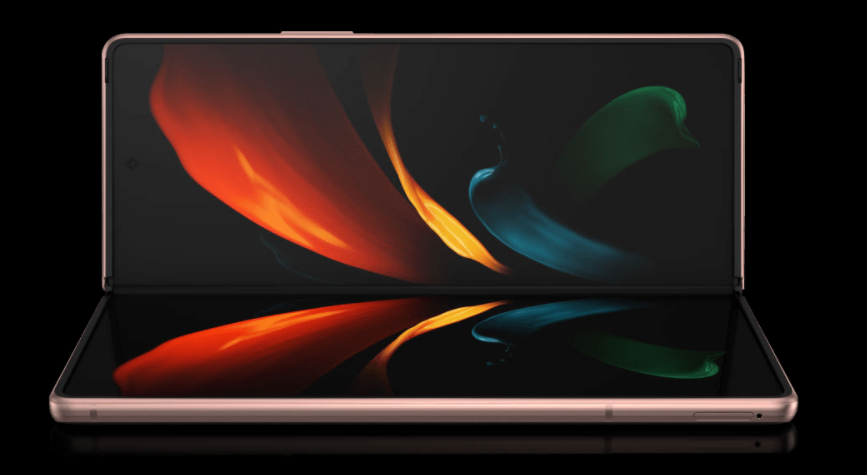 The cover screen, which measures 6.2 inches, provides instant app access without actually having to fold or unfold anything. This makes Fold2 feel like a “regular” smartphone instead of a small tablet.

The Samsung Fold2 also sports some impressive specs, including 512GB of storage, 128GB of RAM, and an eight-core processor. With hardware like that, who needs an ultra-book?

The notchless, 10-megapixel camera is another alluring feature. Its charm may be due in no small part to the software that controls the primary sensors. Features include an enhanced, multi-tasking camera app, 4K video recording at 60 fps, and a hands-free mode that automatically tracks a moving subject while the phone is sitting still. You know, a little something for TikTok crowd.

So what’s the catch? Well, that would be the price tag. Are you sitting down?

To the average consumer beset by the uncertainties of a pandemic-ravaged economy, the four-figure price of a foldable phone could be a deal-breaker.

But the business community uses a different value calculus to justify the purchase of cool, new gear.

The channel partner in you may appreciate the absurd average sale price (ASP) of a foldable phone as its hidden opportunity. Is now the perfect time to fold foldable phones into your portfolio?