At first glance, the projected growth of 8K technology looks pretty compelling. A recent report by Mordor Intelligence estimates the 8K market will be worth nearly $16 billion by 2025, up from under $3 billion this year.

If that compounded growth rate of nearly 33% a year has you thinking seriously about bringing in some 8K inventory, you’re not alone.

That same report shows the Asia-Pacific region rushing headlong into the fray. Japan already has at least one broadcast channel dedicated to 8K content, and the country plans to broadcast the 2020 Olympics in 8K.

But don’t slide that corporate credit card out of your wallet just yet. If we learned anything from the introduction of 4K, it’s that the landscape will shift dramatically as 8K rolls out around the world. 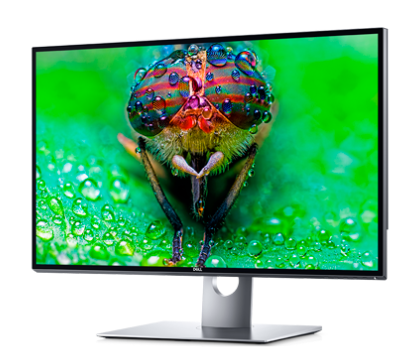 New manufacturing processes will reduce prices. Standards will be established. And, as usual, a combination of business and consumer demand will ultimately decide how fast we make the transition.

The bottom line of 8K comes down to one word: more.

The Consumer Technology Association has even created an official 8K Ultra HD logo. Here’s a look:

To earn this logo, the CTA says, a device must meet the following minimums:

> At least one HDMI input capable of accepting that resolution at either 50 or 60 frames per second (fps), depending on region, and with HDR (high-dynamic range) video

> The ability to convert lower-resolution signals up to 8K

> The ability to both receive and display 10-bit content

That is the question. Whether to advise your customers to buy into 8K depends on how they plan to use it.

Currently, the only 8K content available on this side of the Pacific amounts to a handful of videos on YouTube and a few feature films, including “Guardians of the Galaxy Vol. 2” and “Mortal Engines.”

Tell your customers not to worry, though. They’re not missing much. The human eye can only see so much definition.

To really appreciate the improvement 8K currently offers over 4K, you will either need a huge screen (way too expensive right now) or to sit way too close to a standard-size screen (totally impractical).

That said, for some vertical markets, 8K does make a lot of sense. Here are two:

Camera companies including Red and Sony have been making 8K-capable video cameras for years. LG last month introduced a smartphone that can shoot and stream 8K video. And the technology gets better every day.

So it’s safe to assume that 8K content is going to start showing up all over the place once prices become more accessible.

Bottom line, the writing is on the wall: 8K TVs and PC monitors will arrive en masse in the U.S. market over the next couple of years. They’ll come whether we need them or not.

Manufacturers always need some new thing to sell. And someone has to buy all this stuff so we can move on to 16K, right?