With smartphones now so powerful, do we still need PCs?

That question dates back to at least Dec. 2014. That’s when Business Insider published an article, “Your Phone is More Powerful than the Computer in the Spaceship NASA Launched this Week.”

The writer, Matt Rosoff, was making a point about NASA’s flight computers, which are designed mainly for reliability. But he also suggested what's still a good question:

Given how powerful our mobile phones have become, do we still need PCs? And if so, why?

The short answer is: Yes, we still need PCs.

Why? To answer, here are 7 tasks that demand a traditional laptop or desktop PC:

You know the kind. In Excel, they’re called “workbooks.” That's a benign-sounding moniker for a data array responsible for more hair loss than male pattern baldness.

No, these spreadsheets don’t need that much power. But they do need about a football field’s worth of screen real estate. All so you can cross-reference your quarterly earnings with the market-analysis formula you spent hours concocting the night before.

No matter how powerful the computer in your palm, no one is about to use a smartphone to render a scene for “Toy Story 4.” 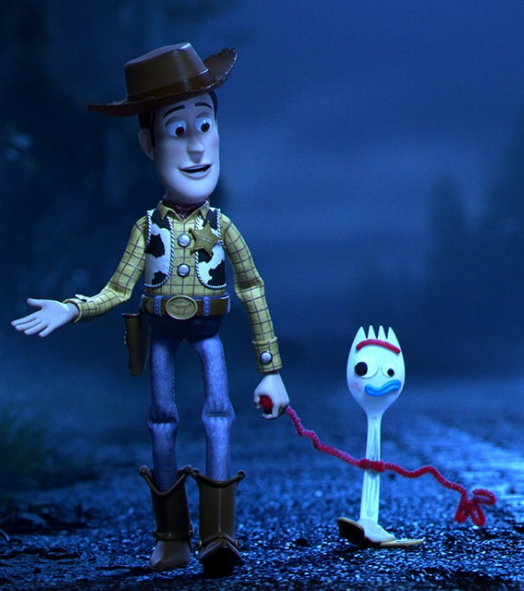 'And that's why we weren't rendered on a phone'

Professional render engines are made up of supercomputers that chug for hours on end — just to produce a few seconds of animation.

So even if you were masochistic enough to draw each frame on a Samsung Galaxy, getting Wile E. Coyote anywhere near the Road Runner would take your phone years.

“I just wrote a book on my cellphone, and boy, are my thumbs tired!”

Also, I now need reading glasses. I have carpal tunnel syndrome. And I accidentally texted Chapter 3 to my mother-in-law. ‘Nuff said.

Like the man said, “Never bring a knife to a gun fight.”

Gaming PCs are among the most insanely tricked-out machines available today. If you want to play in the big time, you need the kind of gear that can win.

Beyond this point is too far

How crazy would it be to do hardcore gaming with a mobile phone? About as crazy as lugging an HP Pavilion desktop onto the subway to play Candy Crush Saga between stops.

Yes, Apple makes a version of GarageBand for iOS. But it gives you only enough facility to lay down a few tracks, add a canned drum beat, and listen the next day to see if you still like the melody.

But when it comes to professional audio production, mobile can’t cut it. Even small home studios now feature a full-size PC or well-equipped laptop.

Why? Because recording 8 to 16 simultaneous tracks with effects plug-ins and virtual instruments requires multi-threaded processing. That would make your iPhone go up in flames.

Many small and midsize businesses require server functionality in the office, but not enough to warrant a full-scale server installation. That’s why Microsoft offers a standalone version of its Windows Server software.

Bet your phone can't do this

In the interest of saving a few nickels, SMBs can install Windows Server 2019 on a desktop, pop in a few extra drives and some RAM, and, viola!, instant server. Try that with a Huawei running Android!

Standard code — such as HTML, PHP and JavaScript — is made up of basic plain text. It’s not the slightest bit resource-intensive, and you can compose it on any basic text editor. But that doesn’t mean you’d want to code a website or design a new app on your phone.
Professional coders often use multiple screens. That way, they can spread out and look at the 10,000-foot view of The Matrix they've created.
Coders also often have a development environment on the same PC. It lets them bounce back and forth between their code base and live application.
THE UPSHOT

While today’s smartphones nearly qualify as supercomputers, they’re still not good at everything. And for those jobs, we have PCs.

Someday we'll all have a Star Trek-esque ship’s computer to do the heavy digital lifting. Until then, it looks like we'll need to keep our traditional PCs around.