In a year that’s been like no other, the tech world has been tested like never before.

Given a global pandemic, horrible floods and wildfires, and some serious political turmoil, the industry’s response has been pretty good.

So here’s our short list of the year’s 5 hottest tech trends so far:

Back in March, when the lockdown began, nearly all (97%) organizations canceled their work-related travel, found a survey of HR execs conducted by Gartner. Most organizations also responded to the coronavirus pandemic by cutting costs, Gartner found. Seven in 10 said their main cost-cutting tactic would be to make more effective use of their technology.

However, some organizations also cut back on their IT spend. In April, market watcher IDC predicted that the pandemic would cause IT spending worldwide to drop by nearly 3% this year.

That said, some technologies have benefited. Chromebooks and laptops makers can’t keep up with the demand, and their devices are often out of stock. And of course there’s the zooming growth of Zoom. No one saw that coming.

The idea that technology could enable working from home isn’t new. But the pandemic gave it a big push.

When the lockdown began, nearly 9 in 10 organizations either encouraged or required their employees to work from home, according to the Gartner survey of HR execs. 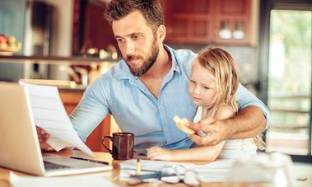 And how was it going? Well, the same survey found that about 6 in 10 respondents believed they were adequately prepared to work from home. Just 1 in 5 called working from home a challenge. But nearly half (46%) said working at home was hurting their productivity and ability to get work done. Ouch.

All that working from home also creates new security risks. One big one is phishing attacks on unsuspecting workers. Click on a bad link in a malicious email, and you could be opening your entire organization to a ransomware attack.

No surprise, then, that many IT leaders worry about insider security breaches. But what is surprising is that they’re not doing much to stop these attacks.

So found a survey of more than 500 IT directors, conducted by UK security provider Egress.

Nearly every respondent (97%) to the survey said they’re significantly concerned about insider threats. Three-quarters even believe some insiders have put data at risk intentionally.

So what are these IT directors doing about it? Not much, the survey found.

Fewer than half use either email encryption or secure collaboration tools. And nearly 6 in 10 say that for alerts on internal data breaches, they rely solely on employee reporting. Talk about the fox guarding the henhouse.

How popular are smart speakers? Very. After all, we’re all stuck at home, nearly all the time.

Nearly one in four (24%) Americans over the age of 18 now owns a smart speaker, found a survey of U.S. adults conducted by NPR and Edison Research. That puts the total population of smart speakers in U.S. households at some 157 million devices. 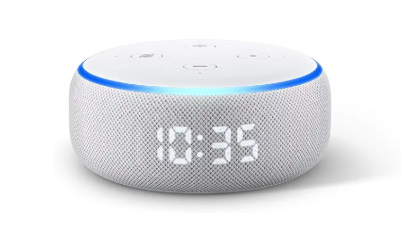 That number is up from 119 million devices a year ago … and up from 67 million devices two years ago. In other words, the number of smart speakers has more than doubled in just two years. Wow.

Nearly one third of U.S. executives working at organizations with annual revenue of $100 million to $1 billion said the coronavirus pandemic has given them an additional impetus for digital transformation projects. That’s according to a survey of 400 execs conducted by embedded-software supplier Wind River.

When asked which technologies they plan to invest in, respondents pointed to 5G (cited by 63%), container-based development (38%) and cloud-based application development (35%).

And there you have our pick for the 5 hottest tech trends of the year so far. Hang in there — just 3 1/2 more months, and this annus horribilis will take its final bow.