Edge computing is like a modern car engine: It’s something many people use every day, but hardly anyone understands.

One good definition comes from Alex Reznik of the ETSI standards organization. He says, “Anything that's not a traditional data center could be the 'edge' to somebody."

Is that the perfect explanation of edge computing? Probably not. But it does illustrate the edge’s ubiquity — and just how difficult agreeing on a definition can be.

The concept of the edge may seem amorphous. But it’s not impossible to pin down.

Simply put, the edge is wherever data gets created. As for edge computing, it’s any computing that’s done at or near the data’s source. 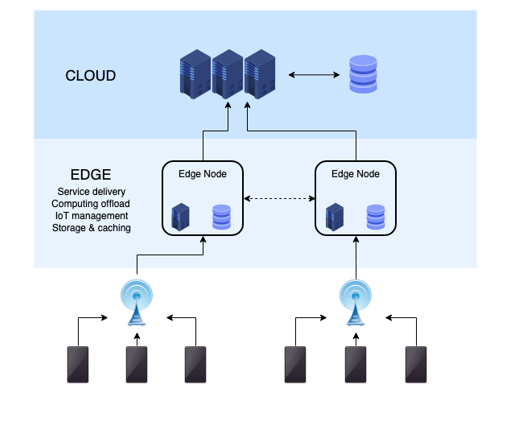 The edge: computing done at or near the data’s source

An edge device could be as simple as your PC or smartphone. Your smart speakers or Internet of Things (IoT) devices. Point-of-sale (POS) terminals, autonomous cars, and the networking devices in your office, too. Basically, any device that’s not located in a central data center can be considered out on the edge.

The edge can also refer to devices that are one or more steps removed from the end user.

For instance, server nodes designed for gaming (aka gamelets) are edge computers that process, store and deliver data to gaming devices. These gamelets can offer the lower latency required by modern games better than the cloud because they’re physically closer to their end users.

What the edge is not

Edge computing is not Amazon Web Services (AWS), Microsoft Azure, or any of the myriad public or private data centers operated by Google, Apple, Dropbox, Facebook and the like.

These data centers are often referred to as the core or the cloud. You can think of them as central repositories for data coming from the edge.

These data centers also serve as the central processing systems that analyze and act on that data.

However, a device operating within these mega data centers — with the exception of the servers — could also be considered an edge-computing device.

Whether a given device is involved in edge computing has everything to do with both how we interface with it — and how it interfaces with the core.

A 2018 report by Gartner offers a stark contrast between core and edge computing. Four years ago, the research firm estimated that only 10% of the world’s data was created outside traditional centralized data centers or clouds.

But a more recent report, this one by IDC, shows the focus quickly shifting from core to edge. IDC predicts worldwide spending on edge computing this year will rise 15% over 2021, reaching a total of $176 billion.

Looking ahead to 2025, IDC predicts that spending on edge computing that year will top $274 billion. “Edge computing continues to gain momentum as digital-first organizations seek to innovate outside the data center,” says IDC researcher Dave McCarthy.

All that money will feed more than 150 edge use cases, he adds. These will include content delivery, virtual networks, smart grids, freight monitoring, smart transportation, even AR-assisted surgery.

The personal is professional

How is an increase like that possible in a relatively short amount of time? The answer lies in the proliferation of professional and consumer electronics.

Are you reading this on a tablet? Is there a cellphone in your pocket and a smart speaker nearby? Does your refrigerator push as much data to the cloud as the Chromecast plugged into your smart TV?

If so, then you’re one of the billions of users creating data at the edge every day. 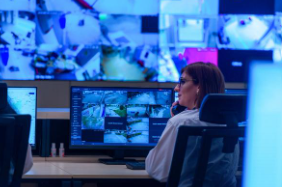 Computing on the edge: billions served

The more data we create, the more we must rely on edge computing to process and act on that data locally — instead of waiting for it to make a round trip to the cloud and back.

Edge computing can also save bandwidth.

Consider, for example, a smart security system that includes 10 cameras. Streaming the data collected by these 10 cameras to the cloud could be a bandwidth nightmare.

However, with an edge-computing component such as a local server node, the footage could first be parsed. Then the server node could decide which data is worth keeping.

The bandwidth required to keep an eye on all those cameras would be just a fraction of what it might have been otherwise.

Your opportunity in edge

Your customers may not know it, but they already rely on the edge to buy, sell, communicate and grow their business every day.

As edge computing evolves, so too does the opportunity for tech providers. The edge is a new market, one that requires complete solutions including end-user and edge computing devices.

Potential vertical markets include healthcare, commerce, manufacturing and gaming. They’re among those whose appetite for edge computing should grow exponentially over the next few years.

Are you ready to grow with them? If not, maybe it’s time to step out onto the edge.