Intel got a head start on the big MWC conference in Barcelona, which starts on Feb. 28, by today introducing the newest members of the Intel Xeon processor family, the Intel Xeon D-2700 and D-1700. 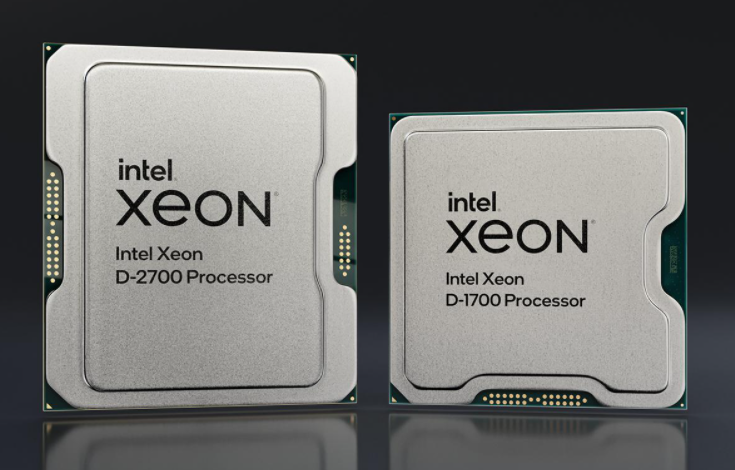 On beyond the data center

It’s all about extending compute beyond the data center — and making networks more open, flexible and scalable. “The network,” Nick McKeown, general manager of Intel’s Network and Edge Group (NEX), said during today’s presentation, “is moving to software and programmable platforms.”

To back this up, Intel points to Gartner’s forecast that fully half of all data will be created and processed outside traditional data centers by as soon as 2025 — that’s less than 3 years off.

Intel further expects the global market for network and edge infrastructure to reach an impressive and lucrative $77 billion by 2026.

The new Xeon processors feature industrial-class reliability, multiple hardware-based security capabilities and up to 56 high-speed PCIe lanes to support high-bandwidth networks with up to 100Gb Ethernet.

Performance improvements over previous-generation processors are pretty impressive. Here are a few, courtesy of Intel:

> Up to 2.4x improvement for visual processing inference

> Up to 1.7x for complex networking workloads

> Up to 1.8x for application delivery controller, and security appliance use cases with TLS

> Up to 1.56x for communication appliances

As part of Intel’s shift to a more open approach, the company is working with several partners on Intel Xeon D processor designs. These partners include Cisco, Juniper Networks and Rakuten.

Intel had a big day. The company also announced what officials there are calling the biggest upgrade to the OpenVINO since the toolkit’s introduction.

Intel is already working with several partners on Sapphire Rapids implementations. These partners include Samsung, Ericsson and Rakuten.

The company even has a new, edgy tagline: “Where there’s 5G, there’s Intel.”