Fact: Your customers are concerned about security. We all are, and rightly so. With so much data now stored on both local devices and far-flung servers, keeping that data private and secure has become a hot-button topic.

Unfortunately, the old methods — and that means anything older than 6 months — can no longer cut it. PC users can’t be relied on to remember, much less create, secure passwords.

The solution? A new generation of biometrics systems. Your customers want — no, need — to know about this.

If your customers still use fingerprint scanners for PC security, it’s time for them to say hello to Windows Hello. It provides facial-recognition security on the latest versions of Windows 10. Like Apple’s popular Face ID, Windows Hello gives users a fast, secure way to log in to their devices.

Setting up Windows Hello is quick. First, the system maps the features of the user’s face. Then Windows Hello stores that data directly on the device — not in the cloud.

Once the setup of Windows Hello is complete, the user simply looks directly into the camera on their PC, tablet or phone. That opens the home screen 3 times faster than a fingerprint and approximately a trillion times faster than a password (okay, that’s a slight exaggeration).

Microsoft has also been kind enough to share its security tech with some partners. So Windows Hello now works with popular apps including Dropbox, OneLocker and Flow Mail. More are coming soon.

Are your customers looking for security tech straight out of the movie “Minority Report” (I mean in a good way)? Then it’s all about 2 new approaches: gait analysis and iris recognition.

Gait analysis is an emerging biometric technology that relies on machine learning (ML) to record the characteristics of the way a person walks. Apparently, the way we convey ourselves hither and thither is as unique as a fingerprint. And unlike a fingerprint scanner, which requires the user gets up close and personal, gait analysis works well from a distance.

Gait analysis, part of what’s being known as “behavioral biometrics,” is likely to show up in airports and other public spaces before too long. But it’s also got legs in the private sector, where corporate data must be kept secret — or else! 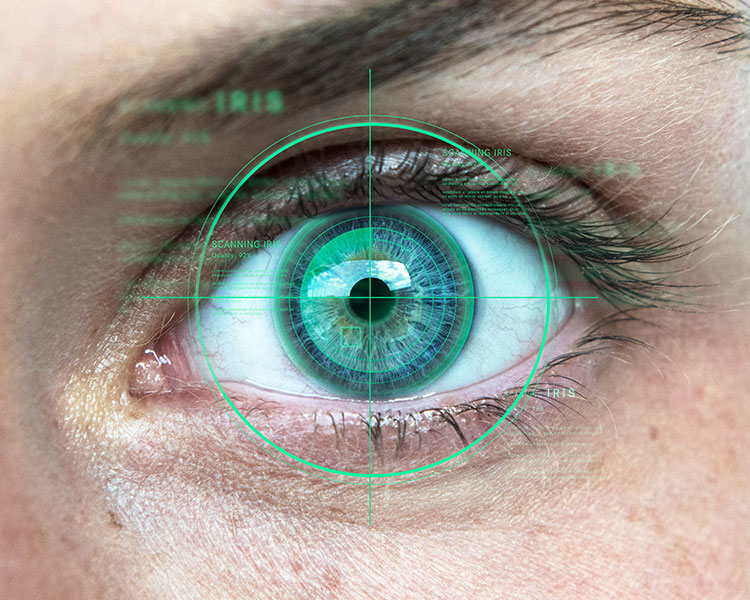 The human eye: unique — and difficult to fake

The other new approach, iris recognition, takes advantage of the sheer complexity of the human eye. For each of us, thousands of data points make up a unique signature. And faking another person’s iris is incredibly difficult. That kind of 3D printer, we just don’t have yet!

As you might expect, sales of biometrics systems are booming. Iris-recognition sales alone are growing by about 23% a year, according to WiseGuy Reports. By 2022, it expects, the global market for iris-scanning security solutions will be worth some $1.8 billion.

The larger next-gen biometrics market, which includes iris scanners as well as other approaches, is growing by 10% a year, according to StratisticsMRC. By 2022, it predicts, next-gen biometric sales worldwide will reach $29.4 billion.

As these forecasts show, there’s a compelling business case. There’s also a good reason to talk to your customers about next-gen privacy and security.

Need yet another reason to consider advanced biometrics? Then how about your own personal safety? To that end, a Silicon Valley company called Knightscope this month introduced its K1 security robot, which is equipped with facial-recognition software.

This stationary robot — nearly 6 feet tall and weighing 150 pounds — is provided with images of the faces of “persons of interest” and others who have made actual threats. If one of these people attempts to enter a workplace, the robot can detect their face and sound an alarm. Knightscope says its K1 robot can also scan license plates, and can be used in places such as parking lots, lobbies and reception areas, and shuttle-bus stops.

Knightscope says such robots are badly needed. It cites figures from the U.S. Occupational Safety and Health Administration (OSHA) that reportedly show nearly 6 in 10 senior managers have been threatened by an employee. In the U.S. alone, Knightscope adds, some 2 million employees a year report workplace-violence incidents.

A 6-foot-tall robot may be more security than your customers need. But everyone needs to keep the data on their PCs, tablets and smartphones safe and secure. Today’s new generation of biometrics promises to do just that.