Intel has brought in the new year by appointing two new senior executives: a new head of client computing and a new chief financial officer.

Intel’s new head of client computing, Michelle Johnston Holthaus, is a company insider. But the new CFO, David Zinsner, was recruited from Micron Technology, where he also held the CFO position. 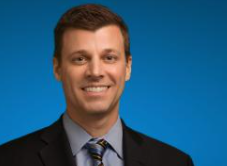 Zinsner is an industry veteran with more than 20 years of experience in tech. He’s held both financial and operational roles in semiconductors and manufacturing.

Prior to working at Micron, Zinsner was president and chief operating officer of Affirmed Networks, which offers cloud-native communications for service providers and is now a unit of Microsoft.

On the education front, Zinsner has earned an MBA from the Owen School of Management at Vanderbilt University, and a bachelor’s degree in industrial management from Carnegie Mellon.

Zinsner replaces Intel’s previous CFO, George Davis, who previously said he would retire this coming May. Until then, however, Davis plans to remain with Intel in an advisory role, assisting Zinsner in his transition.

Holthaus is now an Intel executive VP and GM of the client computing group. With Intel for 26 years, she was most recently the company’s GM of sales, marketing and communications. 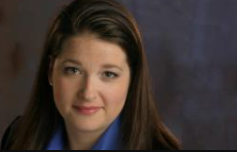 In her earlier roles at Intel, Holthaus was head of global client computing sales, lead of the Microsoft account team, and manager of channel products. Her first job at Intel, started in 1996, was as program manager of OEM platform solutions.

Holthaus has been recognized by CRN’s Women of the Channel award three times.

Holthaus replaces Gregory “GB” Bryant, Intel's previous GM of client computing who surprised industry watchers by announcing his resignation last week. That was just days after he introduced key products at the CES 2022 conference, including new members of the 12th gen Intel Core processor family. Bryant joined Intel 30 years ago, back in 1992.

Holthaus’s previous role as head of sales, marketing and comms has not yet been filled. Intel says a search for her successor is still underway.