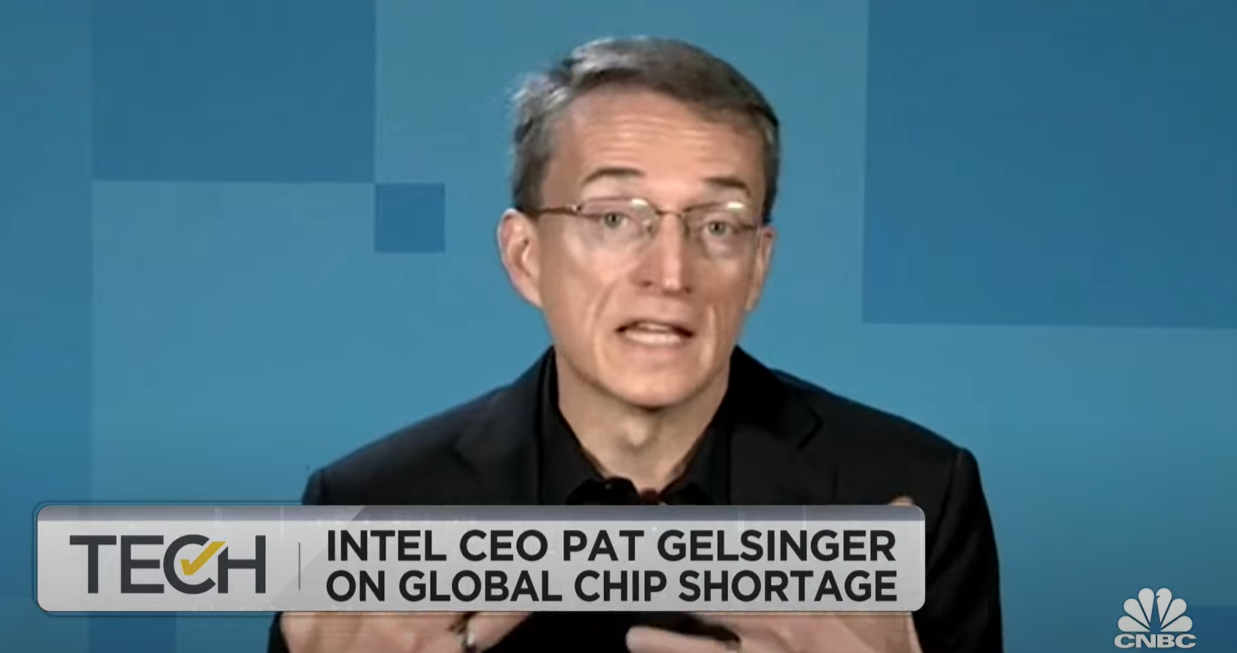 Since Gelsinger assumed his new role on Feb. 15, the mood and talk at Intel has changed. But what has the new CEO actually accomplished? Here are 5 top takeaways:

2) Set new business goals for Intel: On his second day as CEO, Gelsinger sent a memo to all Intel employees that outlined 4 new priorities for Intel: lead in every category in which the company competes, execute flawlessly, innovate with boldness and speed, and attract and retain the world’s best engineers and technologists.

3) Working with Washington: Gelsinger in April joined Biden administration officials and other industry leaders to discuss ways to overcome the global semiconductor shortage. The move is important because the shortage is probably too big and complicated for either industry or government to solve alone.

5) Moderated Intel’s stock price: Fairly or not, CEOs get judged by how much they raise their companies’ stock price. Gelsinger’s record here is mixed, but he has at least halted the stock’s fall. As of this morning, Intel was trading at about $57 a share; that’s above the 52-week low of $43.61, but below the recent high of $68.49.