The IDM 2.0 strategy, announced by Intel CEO Pat Gelsinger last March, calls for Intel to become a major provider of foundry services for other companies in the United States and Europe.

As part of that strategy, Intel made 5 big moves today:

1. Intel CEO Gelsinger appeared side-by-side with President Biden this morning at a White House press conference, “A Future Made in America.” Gelsinger said this was “a historic day for Intel — and the global semiconductor industry.” (Watch the press conference video replay.) 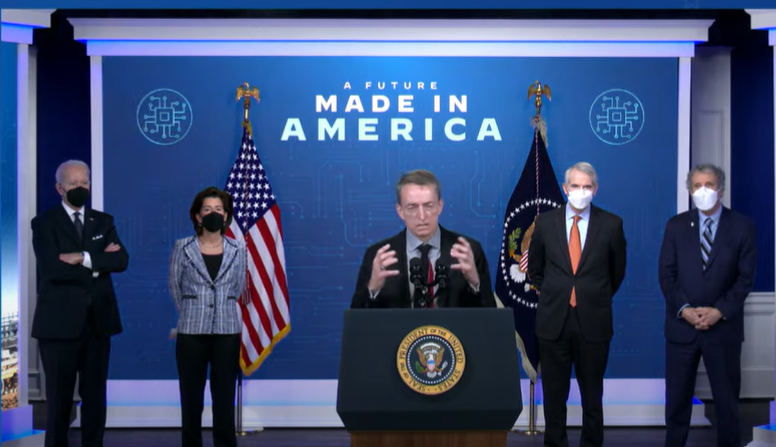 2. Gelsinger announced Intel’s plan to invest more than $20 billion to build 2 new semiconductor factories on a “mega-fab” site in Licking County, Ohio, outside the city of Columbus. Initially, the project will create 3,000 full-time Intel jobs and 7,000 construction jobs, he said.

3. To support the project, Intel will commit an additional $100 million to form partnerships with local colleges and universities to train new talent and bolster research.

4. At 1,000 acres, the Ohio site is big enough for 6 more fabs, which would bring the total to 8 fabs. Assuming Intel builds these additional manufacturing plants, the company says its total investment in the Ohio site could reach $100 billion over the next 10 years.

5. Intel has persuaded 4 companies to support the new Ohio chip fabs by establishing a presence in the region: Air Products, Applied Materials, LAM Research and Ultra Clean. More companies are expected to join these 4 in the future.